As a kid in Colombia I worshiped Kraken. Please check out the videos below and find out why. Lucho suggests I mention the mullets. i think they speak for themselves...
As I grew older and realized how shitty Kraken was, I moved to to Masacre:
That's all I got. Follow me on twitter, bitches!
.
Posted by SkullKrusher at 11:31 AM 33 comments:

Where are they now: Girl from Danzig's "Mother" video 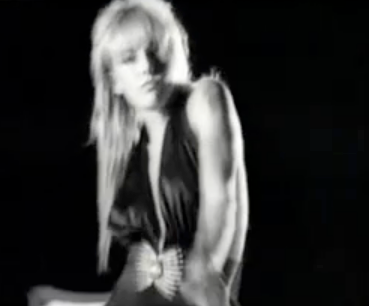 If you were anything like me during the early 90's, you probably stayed up every saturday night to watch Headbanger's Ball. Sure, they mostly played Trixter and LA Guns videos...but once a while a gem would come up. Around 1990 or so, the best you could hope for was Anthrax or maybe Danzig. For my money, the Mother video was about the best one they could show. While other metal videos were filled with nothing but shirtless dudes, Danzig knew his fan base and always put semi-decent chicks in his videos. "Mother" was a prime example of this. Although I never found the two girls to be all that great looking, I often wonder where they are these days. Were they low-level porno actresses who still live in a lair under Danzig's house? Were they Eerie Von's cousins from Indiana? The ones that were willing to do anything in order to make it in Hollywood, and now work at diaper factory Bakersfield? Well, thanks to Metal Inquisition, you don't have to wonder anymore. I happened upon a video of a woman dancing to the famed song here, and quickly figured out who she was. That's right...she's still alive. Barely. She's still dancing to "Mother" too. Her face also looks like it caught on fire, and the fire was put out with soccer cleats. Watch and learn:


Aside from dancing to Mother, she takes requests and will dance to your band's music. She'll also show up to your band's show (if your band is a Pearl Jam cover band) and dance awkwardly on stage while people cringe.


Oh, and did I mention that she believes Glenn Danzig put a curse on her during the taping of the video?


While I believe that the videos above answer many questions that have always surrounded the Mother video, many are still unanswered. For example: Why is Glenn's mouth always triangular in shape?

Also, what was that thing that was on fire supposed to be? A torch? Glenn's fist? 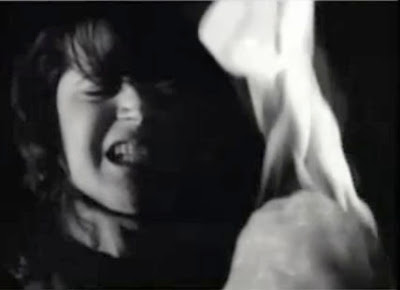 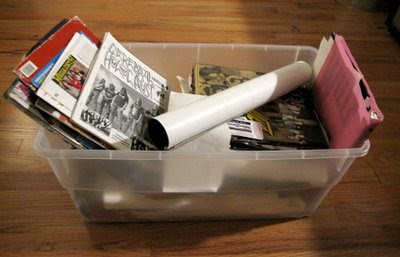 Last night, as I went down into the basement to do laundry (my butler is on vacation), I saw the Metal Inquisition archives sitting on the shelf ,where they have been for some months now. As you may all know by now, the Smithsonian has gone back on their word regarding admitting our files into their permanent collection. It's for that reason that the archives have been sitting there, collecting dust, waiting for one of the M.I. interns to catalog and sift through the endless amount of material that my brother and I collected over the years. Since that has yet to happen (Sergeant D has all of our interns busy washing his new car), I thought I should take matter into my own hands. As I began to wash my whites (aside from properly naming my mp3 files, I'm also diligent about separating my colored clothing from my whites during the wash cycle), I thought I would skim through the archives and see what I could uncover to share with you. I opened the lid, and this is what I found. Hope you enjoy it.

Right now you're probably thinking to yourself "What? A flower? Is Lucho one of them gays?" Well, let me explain. First of all, let me tell you that saying "them gays" makes you sound retarded. Second of all, if you were at all into true metal, you'd recognize the signature at the bottom. That's right bitches, this flower was drawn by none other that Obituary's Trevor Peres. Some of you may question my metal credentials...but let me ask you this: How many Trevor Peres original pieces of art hang on your walls? Zero? I thought so.

This fine piece of metal ephemera dates back to 1992. My brother and I had just moved from Miami to the god damned midwest. Within a week of moving, we saw that Obituary would be playing, and also doing an in-store appearance in a suburban strip mall. We boarded my mom's Subaru, and off we went to meet our metal heroes. I remember that that Obituary arrived in a slightly dated, slightly beat up white limo. You know what's more embarrassing than arriving in a sub-par limo? Well, how about arriving in a sub-par limo when there are only like eight people there to see you. That's exactly what happened. Since there were so few people there, we all got a fair amount of time to talk to the band...which I'm sure they just loved. What else would any band like more than sitting there talking to a teenage version of me. Doesn't that sound like fun? Because I had so much time with them, I got them to sign every single Obituary thing I owned. Due to the extreme boredom that the band members were enduring, Trevor mostly sat there drawing flowers. This struck me as funny, since he looked exactly like the Cryptkeeper's ugly brother. I asked if I could have one of the flowers, he looked at me kinda' funny..and gave it to me. I asked him to sign it, and he again looked at me funny. Was it worth it? Hell yes! 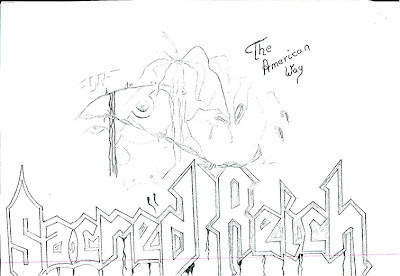 My brother and I used to sit at our desks for hours upon hours making beautiful artwork roughly based on the covers of our favorite records. This one was done by my brother, at a time when he was rightfully obsessed with Sacred Reich. I mean, aside from their awful name (seriously, "Reich"?) the band ruled his/our world. I love how the band's logo is dripping blood, the skull character is all creepy looking and yet "the american way" is rendered in such a happy, swoopy typeface. In case you're wondering, this piece dates back to 1992 also. Pencil on notebook paper. It will be available at the Metal Inquisition auction through Sotheby's next spring. 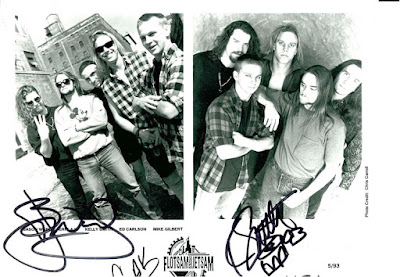 I never liked Flotsam and Jetsam. Did anyone? This picture dates back to 1993, when they were still being billed as "the band that Jason Newsted used to be in." They toured with Death that summer, along with Epidemic. I'm not sure how, but I got backstage at that show. I remember seeing Gene Hoglan trip as he went up the stairs backstage. He had a cane, and could barely move at all. I was told by two people, right after he tripped, that he had fallen off the drum riser two nights earlier in Detroit. The cause? Both people said Gene took massive amounts of speed, and would often loose basic coordination as a result. Who the hell knows if that's true. The other thing I remember about that night was how amazing Death were. They were touring for Human, and the audience was insanely happy to see them. Flotsam and Jetsam must have seen the writing on the wall. Thrash was over, and the best they were able to do was to try to look "grunge". They were so confused, and I felt so bad for them. Their music was slow, boring and went nowhere. Many would describe Death in the same manner...but that's besides the point.

I found this picture backstage, sitting on a small desk in a hallway. I looked at it, and noticed one of the guys from Flotsam and Jetsam looking at me. I felt bad passing up the picture as he was looking at me, so I picked it up and put it in my pocket. After the show, there was a huge fight between like twenty skinheads in the parking lot. Why were there so many skinhads at metal shows in the early 90s? These were not just metal dudes with shaved heads and boots, but full-on skinheads with stupid Vespa patches on their jackets. Weird. 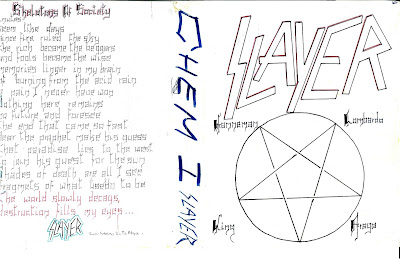 Last but not least, I present you with this: my brother's book cover for his Chem 1 textbook, circa 1992. Although I was pretty good at bustin' out some metal art...my brother was the king. His lettering was always much better, and his pentagrams always looked way sweeter. I know you can't see this in the scan I'm posting, but "Lombardo" has a whited-out mistake. When I looked at it closely, it appears as though it was originally spelled "Lombrado", and later fixed. I had a few book covers just like this one, which my brother was nice enough to make for me. I loved them, but in retrospect realize that these things worked like girl kryptonite. Oh well. It was all worth it. Wasn't it?
Posted by Klaus at 9:13 AM 40 comments:

I GOT DRUNKST LAST NITE AND WAS ALL LIKE "FUCKIN BURZUM FUCK YEAH:" I WAS LOOKING AT HIS BURZUM.ORG AND PUT TOGHER SOME OF MY FAVORITE BURZUM PICS WITH A SONG THAT GETS ME PUMPED FOR THE RACE WAR CHECK IT OUT PLZ COMMENT I HOPE U LIKE IT

ALSO PLEASE SUBSCRIBE/ADD ME ON YOUTUBES
Posted by Anonymous at 9:59 AM 31 comments: