It was around the early to mid-90s is when my metal listening habits started evolving from the basic ‘meat and potatoes’ metal to more extreme territory. Sure, I dabbled in some of the fringe metal genres up till then (death, grind, industrial), but the majority of my metal was your garden variety Sepultura, Pantera, Fear Factory, etc.

There are a number of ways I was discovering new music at the time which helped me learn about a lot of great bands. Word of mouth, concerts, geeking out over the ‘Thank You’ credits of my favorite records (or even just the shirts the band was wearing in their group photo), the occasional mixtape, etc. One exciting way I discovered some new bands was through record label samplers and compilations. In a short tape or CD you had a high ratio of new bands you never heard of to a low amount of time spent discovering them. It was great. 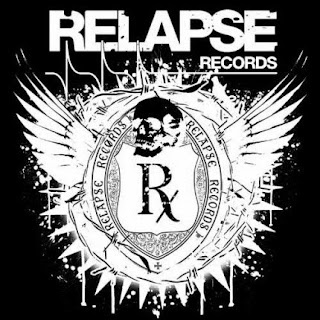 One label that really gave me a me a shot in the arm via samplers and label compilations was Relapse Records, specifically in their mid to late 90s period. Through their free samplers I discovered Brutal Truth, The Dillinger Escape Plan, Nile, Amorphis and a variety of others over the years. I got the chance to ask Relapse founder and head honcho Matt Jacobson some questions about their comps and samplers to explore this important aspect of metal-dom.

M.I. So, Relapse has quite a few compilations, both free samplers and the inexpensive label compilations, name at least a couple that are your favs. I know, I know, it's like choosing between which of your kids is your favorite, blah... but seriously, pick a couple and explain their significance to you.

Matt: You are right, it is tough to pick... but my two favorites off-hand are ‘Corporate Death’ and the very first ‘Contaminated’. ‘Corporate Death’ was our first comp and it was packed with killer music from Macabre and Mortician to Disrupt and Incantation. Most of all though, the art, text and over all package just made me laugh. We rented suits and took a bunch of pictures inside our CD pressing plant that had a narrative about the Relapse multi-death corporation! The front cover has a skyscraper with a Relapse logo on top. The funniest thing about it all is that a lot of people seemed to think that we were really some giant corporation... but really we were barely more then kids working out of the basement of a house! The first ‘Contaminated’ was just at a great time... lots of shit happing with Relapse and our bands in that era. That comp kicked off the series of comps of the same name. Plus, the overall package was something we were really happy with. It had a great cover, a mini Relapse discography inside and a fold out poster that featured beautiful photography / artwork of my friends wife naked in rope bondage with a gas mask on (editor's note: said artist is Relapse regular, and general awesome dude Paul Romano). Good stuff!

M.I. Did any bands ever take issue with either being on the samplers or the choice of song used? I mean, Mortician for example, you might as well just roll the dice for their selection of songs, they're all so similar, but I'd imagine some artists are a little more picky...?

Matt: I am sure that happened with a track selection here and there but I can’t recall any examples off hand. 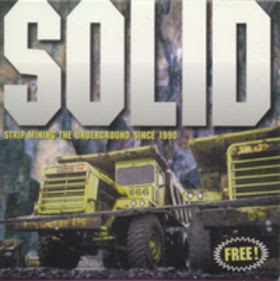 M.I. Personally I got into a lot of Relapse bands from your comps, specifically 'Spectrum Fest' (which came out late ‘96/early ’97) and the early '99 sampler "Solid: Strip Mining the Underground..." - What can you remember about each of them?

Matt: There was ‘Spectrum Fest’ and ‘Spectrum Ale’ samplers... both had killer artwork and were full of great stuff. We even brewed a super limited edition promotional micro brew beer around that campaign. ‘Solid…’, I remember that one being a challenge in that prior to that one the concept and themes for each sampler just came together without even trying. With ‘Solid…’ (tracklisting) it felt like we struggled to put it all together and I was concerned that it was a bit forced... but when it was all said and done it turned out great and most importantly it was filled with killer music that people responded to.

M.I. Assuming customer acquisition is priority #1 of label samplers/compilations, what other functions would you say these music collections helped to provide for Relapse?

Matt: I think our samplers also served to shape and convey our identity. Relapse historically has had broader/weirder scope then most other labels in our space and our samplers really did give people the chance to “sample” our music and learn about the range of things we were releasing. 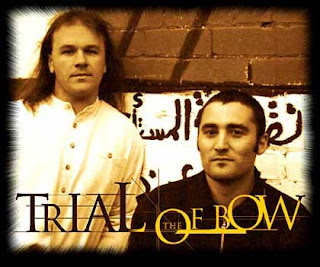 M.I. Relapse definitely has a more broad/weird scope, and to tie in with the previous question, that's exactly one of the great things I liked about the 'Spectrum Fest' sampler. Specifically Trial of the Bow jumped out at me: what are they up to these days? They seemed to have faded into obscurity...

Matt: Trial of the Bow was fantastic. I am not sure if you know, but before Trial of the Bow the members were 1/2 of Disembowelment. I think they went on to the teaching profession, design and music I believe.

M.I. In the spirit of Metal Inquisition, that is exposing many of metal's moment's of hilarity (whether intentional or accidental - mainly the latter) can you share a funny or otherwise unbelievably true moment in relation to any of Relapse's past compilations? 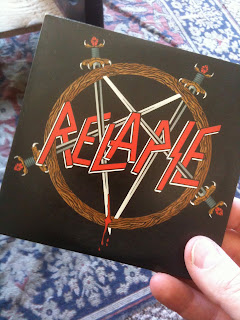 Matt: We put out a free label sampler with cover art that looked like the Slayer logo, but instead of saying “Slayer” it said “Relapse”. It was meant to be both a homage and a parody. Not everyone saw it the way we intended. Not long after we started giving out the sampler we got a cease and desist letter from a law firm and also an angry phone call from someone representing the band. Nearly yelling, the person said, “Slayer has built this franchise and Slayer intends to protect it’s franchise in the same manor in which Coca-cola or Disney would protect theirs”. I thought, “That is pretty metal!” We were forced/intimidated into destroying all of the remaining CDs.

M.I. With the digital age progressing further, and labels doing more digital download samplers I have a feeling that actual CD samplers might eventually end up on the dusty shelf next to tape trading and other metal nostalgia. Your thoughts?

Matt: I have to agree. Everything changes. I’ll keep the CD sampler next to my laser discs!

I'm curious what others favorite Relapse samplers may be? Or how about any other metal label samplers in general? 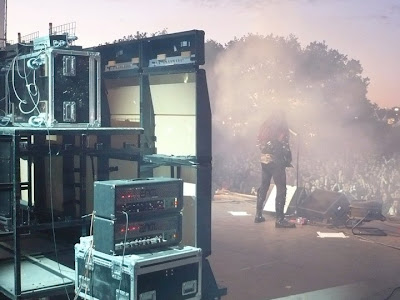 From the humble world of small-amp metal, today we take you to the the heights of big-amp metal. In the image above a long-rumored fact about metal is exposed...no, I'm not talking about the fact Tom Araya is a christian, or that Crisco runs through Kerry King's veins... but rather that bands like Immortal don't really own that many Marshall stacks. Makes sense, since they go through the PA system, and black metal is all about appearances anyway...but it's still funny. I wonder if the second bass drum even has a pedal attached to it.
Posted by Klaus at 12:21 PM 29 comments:

Small-Amp metal, the genre lives on

I've spoken before about the metal genre known as "small amp metal". In said sub-genre, the majority of the amps used by the band's musicians are generally shorter than the stage upon which they are playing. Long thought to be extinct, small amp metal (SAM for short) seems to be resurfacing slowly, much in the same way that creatures first rose from the primordial ooze. It's with this in mind that I share this video with you. Please pay close attention to the singer's amazing vocal abilities. Also notice that at :31 seconds, I think the singer utters the line "she has wonderful titties"

Thanks to reader Omair for sending this in.

It's official, I'm old and no longer understand what these young whippersnappers are into

I knew this day would come. It was only a matter of time. As someone who aged prematurely, the day when youngsters and the music they produce would cease to make sense was sure to come. Well, it has arrived. I would imagine that many of you have already heard this band, I certainly hadn't...so I'd like to share it with those of you who are in the dark about such musical developments. Much like my grumpy old neighbor, the one who's always angry and fails to understand even the most basic aspects of life today, I too shall be fading into the sunset.


via All Hail The Black Market