The Greatest Piece of Heavy Metal Art Ever Created 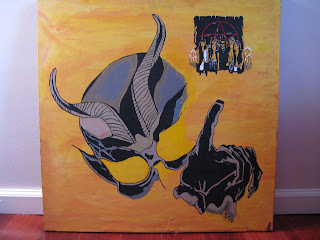 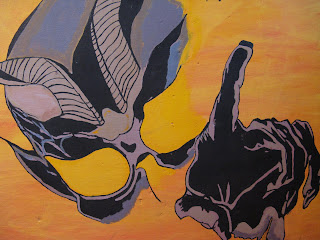 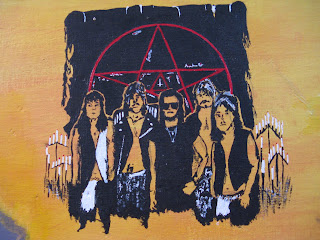 In case you're a moron, or just brain dead, this is the original. 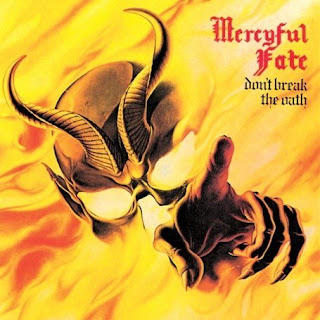 Remember that part in Some Kind of Monster where Lars talks about his art collection and how he's considering selling some of his paintings, which just happen to be Basquiats worth about a million a piece? Well, now I know what it feels like to own a priceless and unique work of art!

This piece was obtained from a private collector that shall remain nameless, but I can disclose that the transaction took place several years ago in the parking lot of MetLife Stadium during a flea market which in retrospect is about the most perfect way for such a transaction to take place.

Just look at that brushwork! The colors! The tones! And that little bonus band portrait in the top corner! Very little is known about the artist, the enigmatic David Rosengart. In fact, I know nothing about him. I like to imagine he's some long-haired CHUD savant that painted this in the basement of his parent's suburban New Jersey home and traded it for a Necrovore demo and a six-pack of Busch. Sadly, the world may never know.

And don't even ask if I'm in interested in selling--there's not enough money in the world!
Posted by Gene Hoglan's Balls at 1:29 PM 19 comments: