Happy new year kids! Here are some recent finds from my most recent internet travels.

File under "When will every American Apparel store finally burn to the ground?"

Let's face it, we now live in a world where deep-v neck t-shirts reign supreme as the preferred article of clothing for men. As such, anyone who corners the market on such attire will surely control fashion and retail altogether. Enter, not the droids, but American Apparel. You know the place, the one were the effeminate dudes with mustaches work. Well, it seems they have recently caught on to this wild new musical style tearing up the charts, black metal. I believe Nicolas Cage's son may have tipped them off, to tell you the truth. What's next? Will fashion magazines use black metal as a theme for photoshoots? 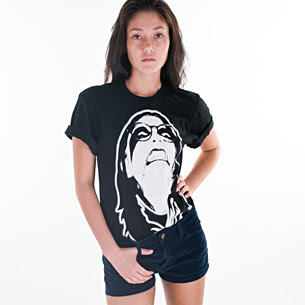 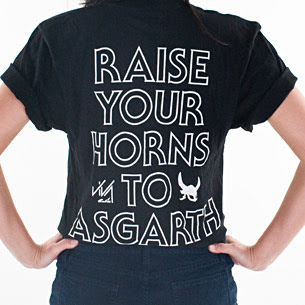 Who tucks in a tshirt, especially one with printing on it? Godamn.

File under "I told you so" 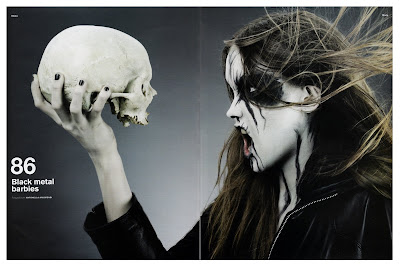 Only 15 years too late, fashion magazines are picking up on black metal as a theme for photo shoots. You see, I told you so! What's perhaps saddest about all this, is that somewhere in the rural U.S. some fatso with a Craddle Of Filth shirt and bondage pants is getting all pissed off about this. "How could they exploit my beloved musical style?", said fatso asks...when in reality, he should be asking "Why do I sweat gravy?"

I myself don't care. Not only do I not care, but I'm also not going to take great pride in having known about Dark Throne back in 1991. That's a bit like bragging about how you were the one that discovered the super disgusting piece of shit in a public bathroom. We know, we know, you were the first one to find it, and point out the pieces of corn in it. Hooray for you. 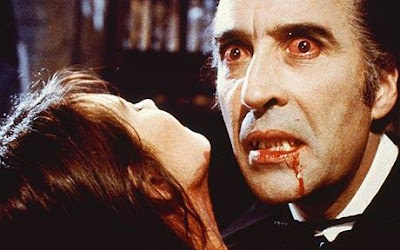 File under "WTF"?
Actor Sir Christopher Lee (who played Dracula) is set to release a metal album. Lee holds the Guiness World Record for acting in the most movies with sword fights in them...so he's certainly no stranger to being rad, and being into Manowar. Mr. Dracula appears to be the British William Shatner, since he's put out numerous novelty songs and albums. You can check out some of his musical abilities here. He has also themed up with douchebags Rhapsody before. Check it:


Props to Mr John Prolly for the heads up on this one.