When Weed And Metal Goes Wrong

I originally approached this post about weed in metal like “When Keeping It Real Goes Wrong” from the Chappelle Show. By that I mean, most of the time weed and metal is a great combo, however, when you fuck it up, you fuck it up so bad that it’s laughable and/or sad.

Truth be told I didn’t even consider the legions of stoner/sludge bands out there for this piece because, in honesty, I think it takes a true fan of the genre to separate the good from the bad and I’m no expert. What I did want to talk about is the everyday, run of the mill metal band and how they tried to tackle the topic of good ‘ol Mary Jane and failed big time. 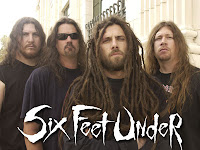 Six Feet Under – ‘4:20’ (from the Warpath album) Where to begin with this song? First of all there should be a big red flag when a band predominantly does one style (here, it’s boring generic death metal of the horror/gore variety) and then throws a creative/artistic curveball. We can play that childhood game of “One of these things does not belong” to establish this point quite easily here with songs from the Warpath album: 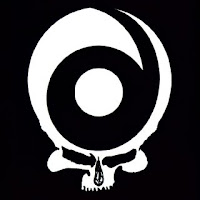 I mean, '4:20' sticks out like a sore thumb amongst that line-up. But I’ll play the conservative role and elaborate further: look at the lyrics for God’s sake! “Let go of perception - enter true reality, A sea of green will set us free, Dank, Expand my inner being, Through what the Earth provides, I hear her voice calling, The hour has arrived...” Yeesh! This is coming from the man who penned lyrics to the song ‘Entrails Ripped From A Virgins Cunt’ so you do the math. I know what you’re thinking, “Chill out, it’s death metal anyway, so you can’t ever tell what he’s saying with those cookie monster vocals!” WRONG! He actually, uses some clean vocals in ‘4:20’. Ahem, Chris Barnes singing with clean vocals (how often do you see that in the same sentence…? Oh yea, and it actually being true?!?! That’s what I thought). Needless to say, the writing is pretty much on the wall with this one, Mr. Frontman got a little carried away with his weed habit and it seeped into Six Feet Under’s music. Since then, it’s been pretty much back to the death metal basics since then (about nine albums worth of it, yawn…) but what cemented this as a major weed and metal DON’T, is the fact that the song happens to be four minutes and twenty seconds long and was recorded on April 20th. I’m not even kidding. FAIL! 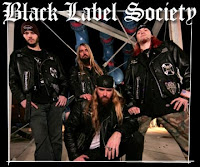 Black Label Society – ‘Stoned and Drunk’ (from the album The Blessed Hellride) This one I will admit I’m a little biased about, but I think it’s a valid reason. To again repeat myself, I think weed and metal can be a very winning combination, however, here it’s done ultra cheesy and white trashy. This band, and specifically this song is like the metalhead’s gateway drug to meth. Years ago, I was on a tour and Black Label Society was on the bill for the whole tour and I never saw so many white trash, missing teeth, redneck, ignorant fans. Full on there were so many of those terrible novelty shirts with a 1950’s era guy on it saying like ‘Marijuana! Hey, at least it’s not crack’ (ironically, most people wearing those kinds of shirts are the ones down to smoke some crack), or just blazing pot leafs, etc. It was like the dregs of society secretly had a subconscious war on weed and were trying to re-appropriate it as the idiot-class drug or something. Anyway, again, the lyrics are bad, but I think it’s the blatant Ozzy/Sabbath worship, particularly in the vocals, which drives me a little crazy. This is compounded by the fact that Sabbath wrote ‘Sweet Leaf’ – THE definitive weed and metal song of all time (speaking of which, check out Thou’s cover of ‘Sweet Leaf’, it’s so heavy it’s like, “Ouch!”), so BLS please distance yourselves a bit. 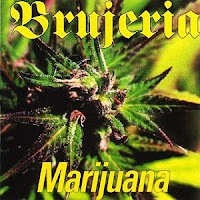 Brujeria – ‘Marijuana’ (from the Marijuana EP) This one kind of pains me to mention cause I love Brujeria. Musically, their satanic druglord shtick, I dig it all. However in 2000 they released an EP at the height of the ‘Macarena’ craze with their own reinterpretation. A few things wrong here: you CAN’T make that song NOT bad, so to give Brujeria some credit, the chips were stacked against them from the get-go. However, rather than give the song their typical death metal/grindcore delivery with Spanish lyrics, they actually incorporate some of the techno-salsa music of the original song. It’s a bad combo, very bad. Also, like the Six Feet Under selection earlier, lead vocalist Juan Brujo attempts a stylistic shift to using some of the more clean vocals, most notably when we sings the chorus “Heeeeeey Marijuana!” 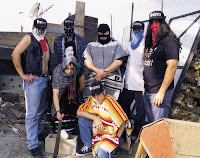 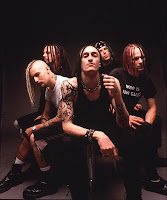 Dope – (Anything and everything they’ve ever done) Let’s make this a quick one, after all it’s easy like shooting fish in a barrel. First their name is Dope, and while I can respect the fact that, as their Wikipedia notes, they sold drugs to survive and purchase instruments, once you pigeon hole yourself to such a highly specialized niche, you’re instantly relegated to ONLY that small demographic (Bongzilla, is somewhat in a similar position, but they’re so tongue in cheek about it and I like their music better they get a pass). If they’re going for the mainstream thing on rock radio or whatever, they have their cheesy name and drug connection as a huge liability for success, but apparently they like it and are sticking to their guns (just like hordes of fantasy based power metal bands, never gonna get wide recognition, but are content to rock with the D&D lifestyle). 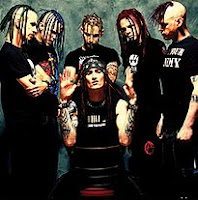 Beyond trying to piggy back the shock value of their drug referencing name, they also covered “You Spin Me ‘Round (Like A Record)” on their first album, one of their minor claims to fame, which also landed on the American Psycho soundtrack.

Stay tuned! There could be other editions of ‘When Weed And Metal Goes Wrong’ in the future…