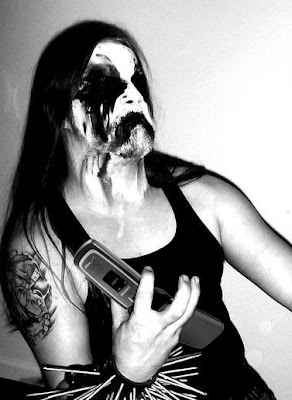 Perhaps some of you have heard the prank call below at some point, as it's been around for a while. I first heard it from a friend who claimed to know the guys who were responsible for it. I think he said they were in a hardcore band or something like that, and that they had put the call on their demo. You kinda' have put aside the slightly racist, over the top black accent to enjoy it (at least I did), as well as the fact that the whole call is based upon a premise first introduced by A.C. a million years ago (with the song Living Colour Is My Favorite Black Metal Band). Having said that, there are still some gems in there. Certainly helps put the concept of "evil" in black metal further into question.