Special Superbowl Post: Shane Embury and Chris Kemoeatu, one and the same?

Are Napalm Death's Shane Embury and Steelers offensive guard Chris Kemoeautu be the same person? You may think I'm stupid for even bringing this up, but allow me to elaborate.

Look, I've seen Napalm Death live five or six times during my lifetime. NOT ONCE was Chris Kemoeautu there at the same time as Shane Embury. They are NEVER at the same place at the same time. Why is that? I'm telling you, they're the same person! So if you're going to watch the Superbowl this weekend, keep an eye out...I bet you won't see Shane Embury there. Coincidence? I think not. 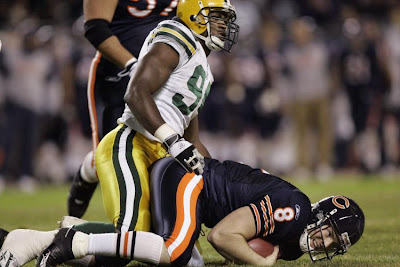 For all our non-American readers, the Superbowl is a large sporting event where football is played. Not that other kind of football, American football. It's a sport where guys that look kinda' like Dino Cazares hit each other and make lots of money.

One last point about Shane Embury...is there no justice in this world? Aside from being an absolutely hideous, and horrendously fat human being...life has just dealt him another blow. He's now bald. Ugh. 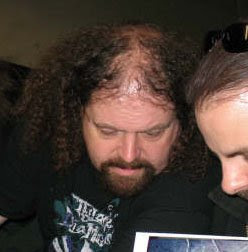