Is metal dead? Yes. But it's alive and well in some parts of the world. 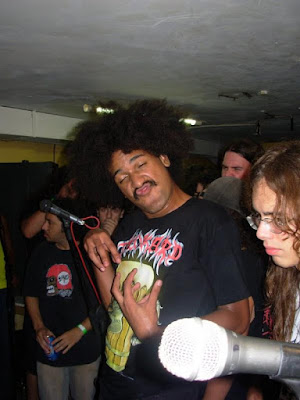 Can anyone seriously tell me that this is not the coolest guy in the world?

I know, I know. Some of you are going to get bent out of shape by me saying that metal is dead in the United States. By that I mean, that metal as I knew it, is dead. I don't care about technical death metal bands, I don't care about 19 year olds who think it's funny to wear Nuclear Assault shirts. I miss the days of pure, unadulterated, irony-free metal. That era, as far as I can see, has largely died in the types of places in this country that I will dare visit. Notice that I say "that I will dare visit", since I'm sure large portions of Kentucky and perhaps North Dakota have viable metal scenes I would love... but really, who wants to go there?

Luckily for all of us, there is a fantastic place called South America. Please take in the images below...amazing reminders that metal is not completely dead. True metal, it turns out, is alive and well. Who needs the Nocturnus time machine...all you need is a $500 plane ticket to Bolivia. If anyone thinks I'm making fun of these people...well, I may be. But I'm from South America myself...so I'm allowed. 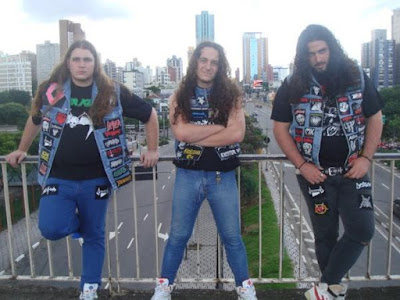 We first learned about these guys from an earlier post about bands around the world name Guillotine. Just think about this.....the guy on the right has so many patches that he has to put some on his sweatpants. Think about that. If you think you're more metal than him...I salute you. Most posers would simply say "I'm out of room for patches", but not these industrious metalers from South America. 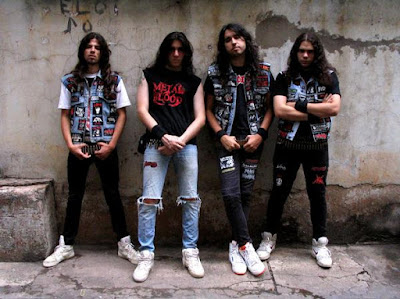 Again, so metal that patches end up on their pants. Do you see any black or gray sneakers in this picture? I don't. The one guy was like "what, we're taking pictures today? Cool, my mom just washed my 'Metal Blood' shirt" 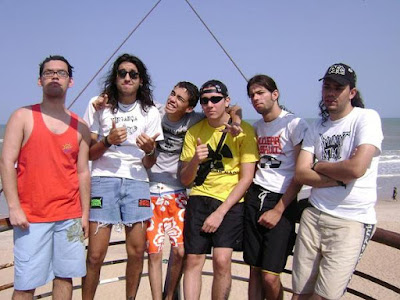 Stupid hardcore kids in the United States are trying to bring back thrash and crossover as a novelty. These guys, on the other hand, are for real. How do I know? Do you need to ask? Look at those tiny denim shorts....with patches on them! Also, one guys is wearing a shirt with the toxic waste symbol. Man, these dudes look like they run some kind of metal parasailing business. 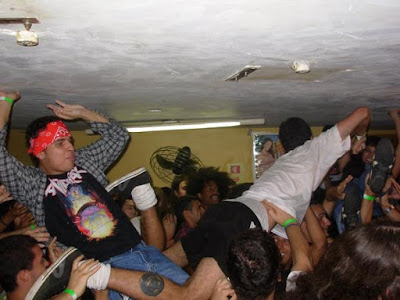 Damn, how sick must this show have been? Can you imagine being in a room full of people who listen to metal and not one is doing it for the sake of irony? Must be nice. 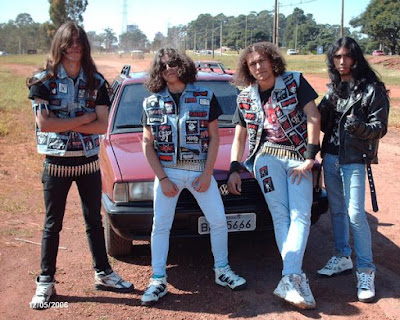 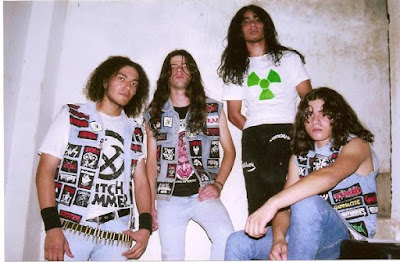 Vests? Yes. Patches on pants? Yes. Shirt with the toxic waste symbol for no reason? Yup. 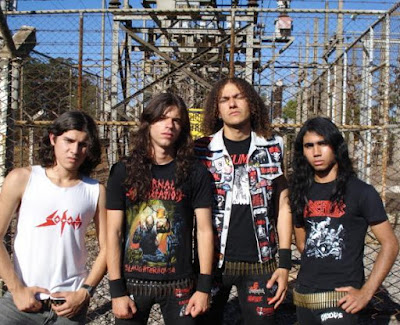 You already know what I'm going to point out. Patches on pants. But also notice the homemade Sodom shirt. No Sodom shirt has been made in anyone's home in the US since 1991...if that! 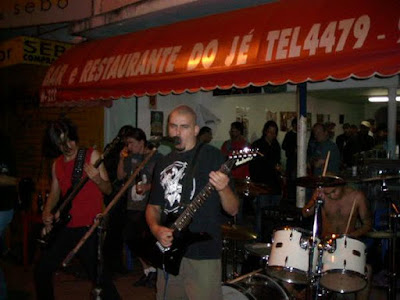 Metal bands in the states are busy trying to find proper venues to book shows in. In South America, you just run an extension cord out of your dad's empanada restaurant and start jammin'.
Posted by Klaus at 1:20 AM