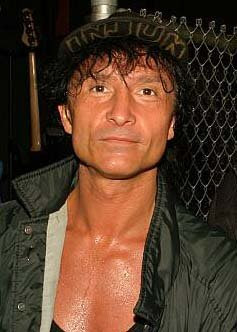 Nothing says "sexy" like a greasy Italian dude wearing a satin jacket.

"When you are homeless like Joey Belladonna, your winter gloves become your toilet paper" 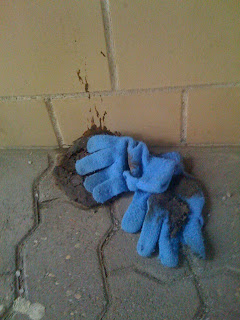 Now, I must admit that the image above does not depict Joey Belladonna's poo. As a matter of fact, that post was just a way for me to insert that rancid image in everyone's mind. If I had to see it (and take a picture of it) why shouldn't everyone else be traumatized as well?

After uploading that image, I began to wonder what kind of a house Joey actually could afford. What type of home can you buy with all that State Of Euphoria money? It sounded like a job for the M.I. investigative team. I rounded up the troops (to do so, I point a spotlight at the sky, much like Batman, but in our case it's not a bat that shines in the sky, but the swirly thing from the State of Euphoria record) and we got to work. We hope you enjoy our report: 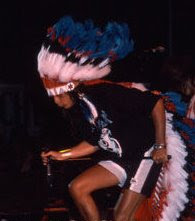 As Metal Inquisition staffers grow older, our attention has turned from musician's accomplishments on stage, to those off stage. When we were 15, we all thought dudes in metal bands looked cool (at least most of them) and we cared about little else. Now as we age, we start to wonder "how much money is he making?", as well as "does he live with his parents?" Little to no information is available regarding the kind of money you can make by playing metal for a living. We wanted to know. We have chosen, once again, to do this the only way we know how...by looking into real estate holdings of a metal demi-star (see here and here.) This time around, we are looking into the pockets of metal's most beloved Italian crooner, Joey Belladonna. 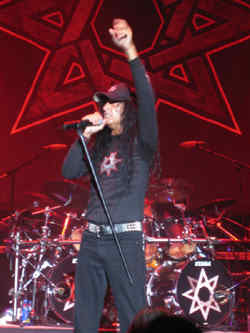 Where's the other half of his mic stand? We will never know.

Known to most simply as the guy behind the mic (and the tiny mic stand it was attached to) at Anthrax shows, Belladonna has always been a bit of an enigma. Afterall, how many Italian guys (real name Bellardini by the way, even more Italan that Belladonna) do you know who write "Injun" on their hat, and parade around in full native american head dress? Also a mystery about Joey...why didn't he ever get that one crooked tooth fixed. We'll never know. What we do know about is real estate.

Does Joey live in a fantastic triplex penthouse in the Upper West Side? A trendy loft in Chelsea? Has he moved to the West coast to live in Malibu? Close. Turns out, Joey lives in a suburb of Syracuse called Camillus. Perhaps readers from the area can fill us in as to what type of town it is...and if it is in fact a suburb or more of a town near Syracuse. Either way, this is where our beloved Italian Injun hangs his head dress. 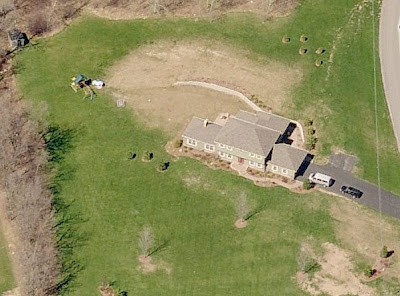 I guess you could say that this is the house that "I'm The Man" built.

The home costs $311,000, not bad I guess, but not all that impressive either. For all of our non-American readers, you can figure out the exchange rate into your native currency here. The house has three bedrooms, was built in 1990, and has 2600 square feet of living space. Perhaps the most intriguing thing about the house is that it has no central air conditioning. I know that to our non American readers this may seem normal...but for a house in the US to not have A/C (particularly one this size that was built in 1990) is downright strange, even in upstate New York. Why would Joey not have air conditioning in his house? It could only be for one reason. In order to recreate his glory days on stage with Anthrax, Joey parades around his house wearing the indian head dress as he orders people around with his tiny mic stand. "Kids, do the dishes. Take out the trash!" and then when the kids disobey him, he promptly yells out "NOT!" Due to the lack of A/C, Joey sweats profusely (as all Italians do), as he did on stage back then. In doing so, he replicates an Anthrax concert in the comfort of his home. As part of that recreation, he probably has cardboard cutouts of Anthrax members which he also orders around. If any readers out there have a better suggestion, please let me know.

Two other things worth noting about the home. Why is there a van parked in the driveway? Is Joey installing satellite dishes to make ends meet? Also, why is all the grass dead around his house? Does Joey have the opposite of the Midas touch? Does everything he touch die, much like his solo career? Lastly, if you're wondering why there's a jungle gym and slide in the back yard, that's in case Danny Spitz comes to visit. Gotta' keep that lil' guy happy.

On a closing note, please look at this snapshot I took from Joey's entry in Wikipedia. I don't know if this will still be up by the time you read this. Wikipedia correctly states that:

Whoever tells you that Wikipedia is not a reliable source, has not done their homework.