Tom Araya officiall hits the wall. Wall reports severe pain as a result of being hit so hard, is left whimpering. 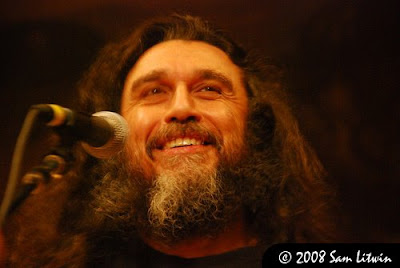 Good god, just look at Tom. Mary mother of jesus and baby jesus...this guy is old. I applaud him for embracing his old age by growing a crazy Jesus beard....but for god's sake, could he please embrace his old age on his own time, and in the privacy of his own home? Look, I know we're all headed in that direction (fat and old) but to rub it in our faces is a bit rough. Remember when members of Slayer looked like this: 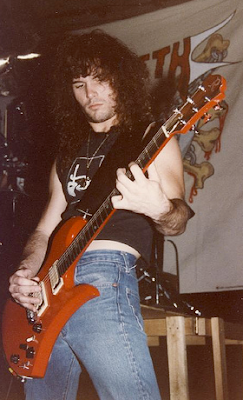 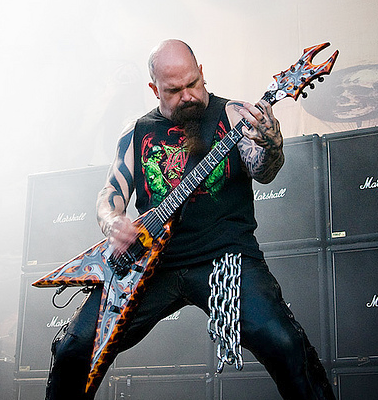 It's this kind of pushing that will give you severe hemorrhoids. Ten dollars go out to anyone who can find his neck.

Is anyone else reminded of a bundle of white sage when they look at Kerry King's stupid beard thing? White sage is this crap that hippies burn at yoga studios. I'm glad that Kerry is getting in touch with his spiritual side via eastern philosophy. By the way, white sage looks like this:

But back to that old picture of Mr. King. Minus the belly shirt, that picture would lead you to believe that he was actually an alright guy back then (even if he was playing with Megadeth at the time). The second picture, I must admit, makes me want to sharpen my machete and start swinging. Now, I know what your saying "hey dude...how can you say that the first picture of Kerry is cool, belly shirts aren't cool!" Well, you are partially right. I mean, belly shirts are NOT cool, but they ARE metal. How can I prove it? By showing you a second picture of an important metal figure (at least to some) rocking a fantastic belly shirt. Enjoy. 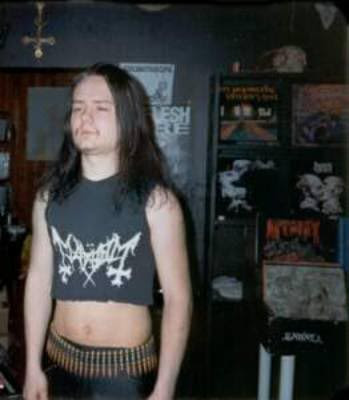 Oooh lah lah...so sexy, all that's missing is a nice belly chain
Sheesh, for all the complaining that black metal dorks did back in the day about Anthrax ruining metal with their "shorts and skateboards", these guys surely dressed like they were ready for a day at the beach. What's that I see in the background...Pungent Stench? Godflesh...wow, nothing but the most obscure black metal for this beach bum. Surf's up! Also, look at his awful facial hair. He said he was super evil, but he was clearly influenced by Mexico's comedic actor Cantinflas. Cantinflas was pretty much the opposite of evil. Judge for yourself. 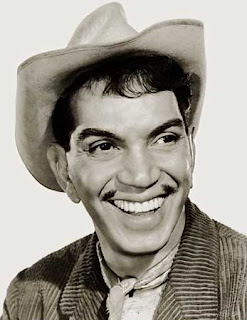 One last Slayer note. I'm sorry to post this again, but it never ever gets old. At least not to me.


Still want more? Okay. How about a depressing video of Slayer covering "Born To Be Wild". The song is terrible, but the video is of some interest because it's about the only time that Tom's bass has ever been heard. Listen to his pointless clanging about :25 into the video.