We need to buy Tom G Warrior a new jacket 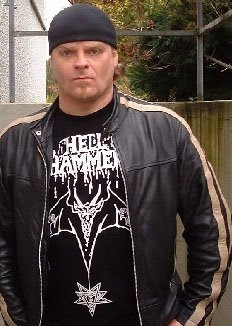 I like to help the less fortunate. When I see a lost dog, I take it home and make posters to find its owner. When I have leftovers from a restaurant, I give them to the homeless man on the street who has just soiled himself. I can't help myself, it's a part of who I am. I can identify those who are in need, and quickly come up with a plan to help them out. Many who live in the western hemisphere worry about those who are hungry in Africa, those who struggle with poverty in Central America...but they often ignore the less fortunate who are often right at their doorstep. Who am I talking about? I'm talking about Tom G Warrior. You see, it's at this time of year that my wife and I decide what charities we will give to, and while doing research online I found the most worthy cause of all...a new jacket for Tom G. Now, I know what you are saying "Hey what about the starving children?" Well, I must ask you "what about Tom G?" Mr. Warrior has given us all so much (let's not forget that amazing track Cherry Orchards ) so why shouldn't we give back? It was a similar concern that forced me to bring up how badly Dan Lilker needs a new pose for pictures. But back to dear Tom, please look at these pictures, some of which date back to 2005! The man has been wearing the same horrible motorcycle jacket for years! 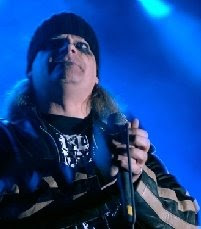 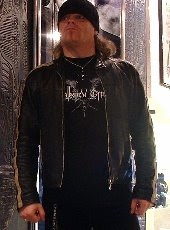 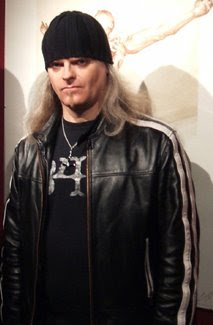 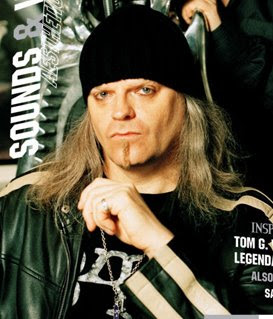 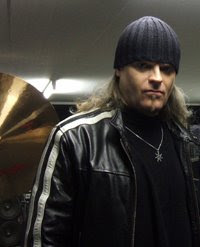 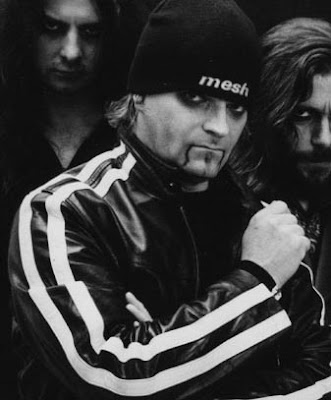 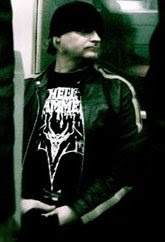 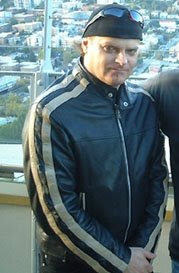 We must act now! Time is of the essence! Please, send all your money via PayPal to Metal Inquisition along with what type of jacket you think we should buy for Tom. Here are the choices. 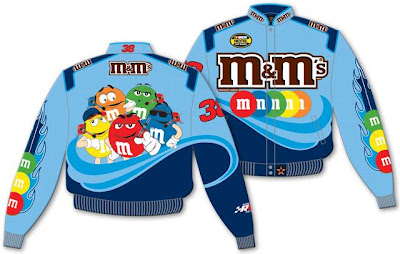 This would be a fantastic choice, due to its versatility. Everyday I see young black kids who are hella' hip-hop wearing these. Who would have thought that a Nascar jacket would appeal to hip hop audiences? If it's good enough for them, why not Tom G? 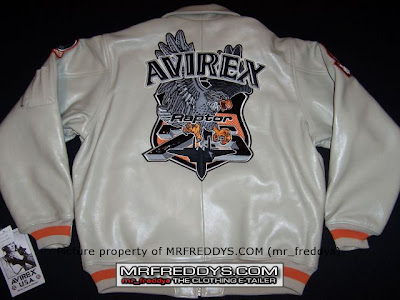 Again, a little hip hop never did anyone any harm. These were kinda' popular back when Tom started wearing his current leather jacket, so he'd feel right at home in one of these. 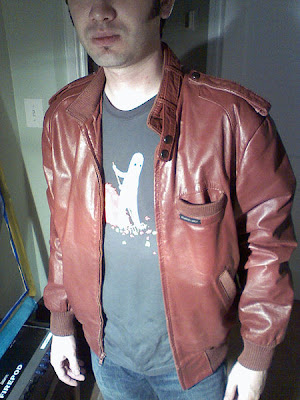 Who would have thought that Members Only jackets would make a comeback? I guess all is fair in love and war, and ironic fashion. Again, due to its soft leather material, Tom G would have no trouble jumping into this fantastic brown number. For the longest time I've been thinking about how Tom needs more earth tones in his wardrobe, so this would fit right in with my fashion strategy for him. 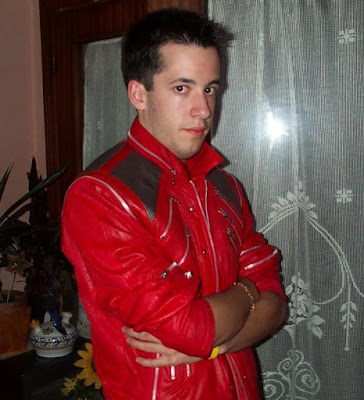 Okay, this one is a bit out there, but if anyone can pull it off it's Tom. I mean, the guy was able to pull off an album like Cold Lake while retaining his street cred...why not test the limits? 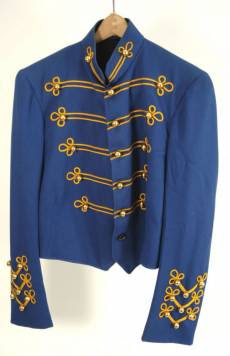 You may think this option is a joke, but if you're down with the old school, you probably remember that Reed St Mark wore a jacket like this for a good while during the late 80s. Damn the internet, I can't find a picture of it...but I swear it. If anyone can find a picture of it, let me know.

If you review the pictures of Tom above, you will see his terrible soul patch and his love for hats. Could it be? Could Tom be suffering from the terrible double-whammy? I think so. The poor guy has a mild case of Robb Flynn's Disease AND he's going bald. Here's a rare picture of Tom without a hat, where we see the last remnants of his once brittle, metal mane. Don't ask me why he's painted white, perhaps Celtic Frost is reuniting once again as a mime troupe, what do I know? 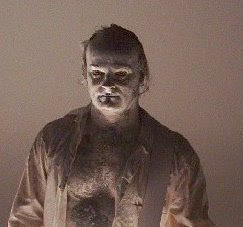 Oh yes, I forgot to mention that if we raise enough money we will also buy Tom a new pair of shoes. Seriously, how can we let one of metal's leading pioneers wear platform boots that even an Eastern European raver would laugh at? 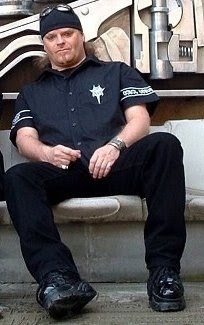