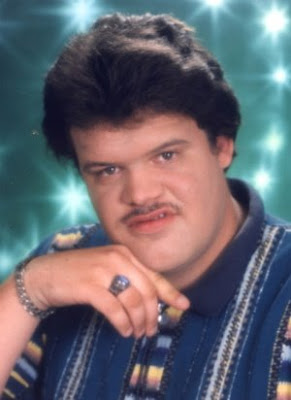 My senior picture, sans metal shirt. My mom told me to class it up and wear the bolo tie and southwestern shirt that day.

An ongoing discussion I have with my wife revolves around our high school memories. While her's are generally pleasant and memorable, mine are horrible and I try to forget them as much as I can. Much like a Vietnam vet who has flashbacks upon seeing a moving ceiling fan, I too have flashbacks whenever I even see a high school yearbook. Not really, but that story makes this post more poignant. The truth is that like most people who were into metal, school was not always fun for me (wah!, life was hard...wahhhhh!). I was a bit of an outcast, though largely by choice, now that I think about it. Like other metalheads, I didn't have the personality or looks that would have taken me to a higher level in the social pecking order, but my outcast status was mostly manufactured. I was a loser to some extent, but if I had simply chosen to listen to more popular music, and perhaps worn fewer metal shirts, I would have been a step above the kids with cerebral palsy. Those kids (CP kids) were the ones who really couldn't help themselves at all. Stupidly, I chose to wear Slayer shirts to school. I know that last sentence may be controversial in a metal forum such as this, but screw it. It's true.

In this post I will see how I would have measured up against some luminaries in the world of metal, had we attended school at the same time. In order to do research for this piece, I had to fire up the Nocturnus time machine. Normally, I don't use the time machine for just any ol' post, luckily gas prices have gone down, and we're now able to use such technology more freely. Don't complain about the fact that the pictures I'm using are not of the most obscure metal people on earth. Sorry, but high school pictures from the guys in Order From Chaos, Dorsal Atlantica and Sarcastic (they had a demo on Wild Rags) are not easy to come by. 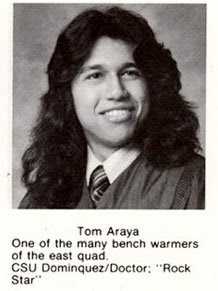 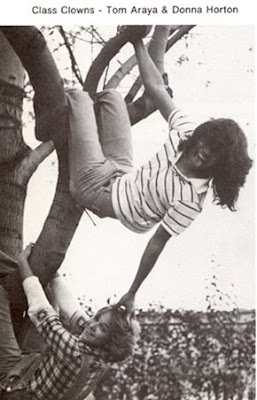 Tom was voted "class clown", which is weird, because I would have thought he'd be voted "most likely to end up looking exactly like Chief Sitting Bull." Seeing these pictures reminded me of a time at a Milwakee Metal Fest in 1993 or so when I was going to the bathroom between bands. I had a Sharpie marker in my hand for some reason, and I was playing around with it as I walked down a long hallway to get to the bathroom. The only other person in the hallway was Tom Araya. I made a left turn towards the bathroom and went by Tom. As I walked by him, he put out his hand as though to grab the marker out of my hand to sign something. Since I didn't want him to sign anything, I just walked past him and giggled as I did so. He kinda' stood there staring as I walked past.

Okay, but back to the pictures of Tom...looking at theseleads me to believe that although Tom had long hair and was perhaps into slightly heavier music than other kids, he was well liked. He would have sort of been my friend, but would have also been friends with hot girls who were smart. He would have known that hanging out with my kind would bring his stock down, and he would have been right. The mention of him being a "bench warmer" in the first picture makes me think that he at least played some sport during his high school years. Taking all this into consideration, I think Tom and I would have let each other borrow some tapes, but he would have never hung out with me outside of school. He liked metal, but was smart enough to tone it down around hot girls and cool dudes who weren't into metal. I would have been too die-hard and stubborn (and thus loserly) for his taste. He would have signed my yearbook, but would have kept his distance. Smart move. 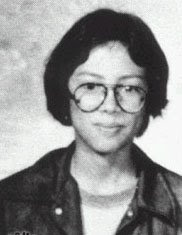 Just look at that picture! Filipinos have all the luck...they can make money having sex with middle aged men who like boys when they are 12, or when they are 45. Man, some ethnic groups have all the luck! Looking at this picture, and those huge glasses that make Kirk look like a Greyhound bus, it's hard to imagine that this young man would one day loose his hair and grow the world's thinnest bicycle-skid mustache. Still, Kirk would have been my boy back in the day! In the 8th grade, our lunch table would have also included the kid who looked like a fish due to severe fetal alcohol syndrome, but we still would have been happy during lunch. Forever losers when it came to the opposite sex, we would have pretended that it didn't matter to us. Inside, we cried...but on the outside...everything was gravy. 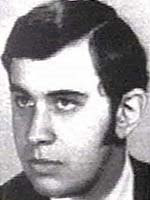 Though it's hard to pretend that I went to high school with Gene Simmons when his picture looks like it was taken during the Civil War, I will try. Gene would have creeped me the hell out in school. Insanely intense, and douchy around girls (remember that he came from a very religious Jewish family, went to an orthodox Yeshiva for a good part of his life, and then went on to coin the term "blumpkin"), Gene would not have been my cup of tea. I picture him being the guy with greasy hair and huge dandruff flakes the size of Bran Flakes. He was the guy who was prematurely grown up, acting like an adult when he was 6. Condescending as all hell, perhaps the one thing that we would have shared would have been our disgust for all things high school. My disdain for high school students came from thinking they were all idiots due to ignorance, his would have come from thinking they were all just too young. We would have talked briefly in class, but only to ask each other for an eraser. If someone like him would have died two years after graduation, I would have said "Oh, I remember that guy. He was in my Biology class." 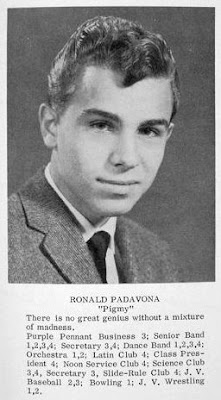 Like with Gene Simmons, it's hard for me to pretend I could have gone to school with someone this old, but here it goes. Ronnie played tons of sports (just look under his picture), but would have been cool. In math class, we would bond about our short stature. If you look under his name, it states that his nickname was "Pigmy", a person from any human group who grows to be less than 5 feet tall. Though I'm not that short, Dio and I would have joked around, and he would have taught me to "own" my shortness. Due to his Italian heritage, we would share stories about our crazy grandparents and their inability to function with the US. Although our musical tastes would have been slightly mismatched, we still would have hung out at parties. Ronnie would have been the guy who jokingly plopped his balls down onto the overhead projector while the teacher was talking to the assistant principal by the classroom's door.

Veredict: Friendly outside of school 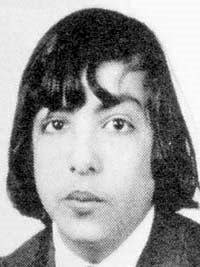 Just as it was hard for me to stretch the bounds of my imagination when it came to the pictures of Gene Simmons and Dio due to the time when they were taken, it's even harder for me to do this with Paul Stanley's picture. How am I supposed to pretend I went to school with a forty year old Jewish woman with an Emo Phillips haircut? Also, it looks like his face is melting. Okay, I'll try.

We would have been friendly in Home-Ec. class. Since Paul is an elderly jewish woman, his cooking skills would have been superior to mine, but still not great. He would have nagged me to eat, plainly stating "eat, eat! you're skin and bones!" He would tell me long-winded stories about how his aunt, auntie Pearl, was taken away by "those ghouls, the Nazis". I would ask him "Paul, why do you sound like a southern black woman sometimes?" He would dismiss my questions, and continue making flavorless meals.


Veredict: Home Ec partners
Posted by Klaus at 1:04 AM