The Worst Album Covers of 2008 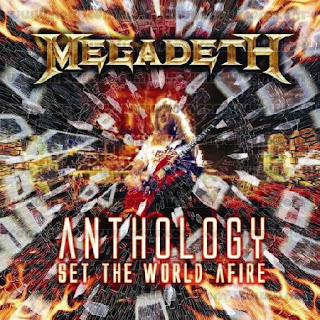 I don't know about the whole world, but this cover is certainly setting my brain on fire. What an eyesore. I know a lot of people hate Dave Mustaine, but how can you not respect the guy? Even after being kicked out Metallica and crying in Some Kind of Monster he will not give up. He just keeps on toiling in obscurity hoping that someday his shitty, second tier thrash band will get their due and he will become a hero to millions and everyone will know that he riffs faster than everyone else. Dave Mustaine is the embodiement of the American dream. One that shattered into a million pieces decades ago. 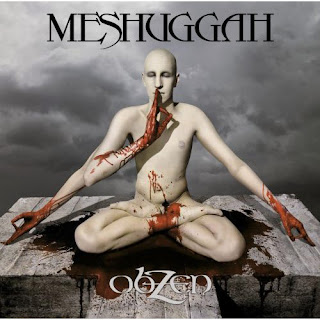 Yeah, I get it. The drummer and guitarists are SO good! It doesn't matter that their music is boring as fuck, just listen to their skillz! The guitarists are so original and earth-shattering that their guitars have 7 strings instead of 6! That's 3 more guitar strings than Max Cavalera has on his guitar! That extra string really helps them write the SICKEST most wicked crazy squiggly wiggly guitar solos and chugga chugga riffs. And the drummer!!!! I could go on for days about how he plays the CRAZIEST time signatures!! Like I can't even figure out what's going on when I listen to him play because he's THAT CRAZY!!! Is that in 3/23 or 6/76ths???? I CAN'T FIGURE IT OUT BECAUSE IT'S TOO HARD!!!! And just like how their music is beyond human comprehension so is their album cover. Is that a chubby bald dude with a little paunch meditating covered in blood? And is that THREE arms I spy??? Dude's got some pretty big areolas. And what is OBZEN??? It's like a word from outer space! 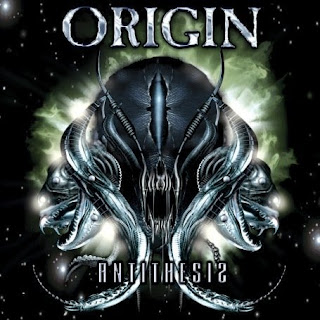 I chose to post this Origin cover, but I could just have easily posted any number of album covers by brutal death metal bands because they're all the same fucking thing. Some bullshit looking hyperstylized monster/machine hybrid. This shit is so lame and played out. It looks sterile and lifeless, which is exactly what all these bands sound like. Not brutal! 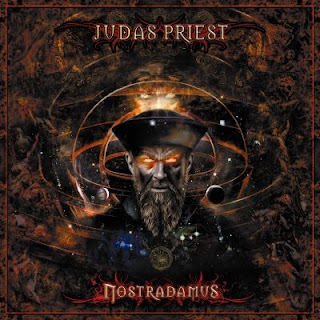 I'm a hetersexual male and I love Judas Priest. I'm all for gay rights and I think Rob Halford co-opting gay leather-daddy culture and reclaiming it for metal was a brilliant move, but is there anything sadder than an old wrinkly leather daddy? You had your time, Rob. Don't ruin your legacy by trying to make a couple extra bucks. It ain't worth it. I haven't listened to this album, but I'm sure it sucks. Spooky prophecies and a disembodied head floating in space? Where's the leather and spikes, at least? 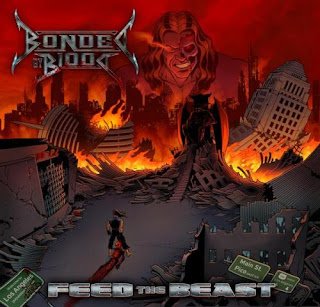 Are you fucking kidding me?? A band really used this as their album cover? What the fuck!? I've never even heard this band, but I guarantee they're wacky thrash. The band members are probably in their early to mid 20s and wear tight jeans, hightop sneakers, and denim vests covered in band patches and pins. Well, guess what? Dark Angel called from 1986 and they want their schtick back because you are a fucking embarassment to metal. A plague that should be wiped off the face of the earth. Paul Baloff is spinning in his grave. When will it end? 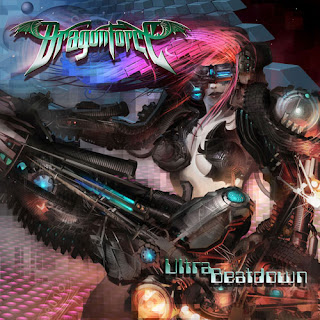 Full disclosure: I really like DragonForce. Yeah, I know that makes me a huge homo and a poseur and whatever else, but I don't care. These dudes fucking shred and are so over-the-top ridiculous I can't help but love them. But even I can't condone this album cover. Somone has been watching too much Ghost in the Machine or something. This album cover might actually have worked if it was a picture of a real chick decked out from some cosplay convention. 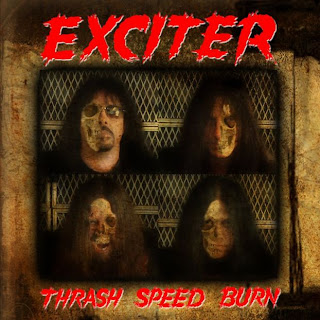 Why does Exciter even still exist in 2008? It's like telling everyone you know that you just bought the COOLEST rotary phone ever!! Will metal dinosaurs ever learn? These clowns must be gluttons for punishment. This the dumbest album cover I've ever seen and what could have been an acceptable album title for a bunch of 20 somethings in a thrash band 20 years ago is now beyond sad coming from a bunch of washed up 40 year old accountants. This cover really is an embarassment because Exciter is responsible for some of the greatest and most unforgetable cover art in the history of thrash metal. 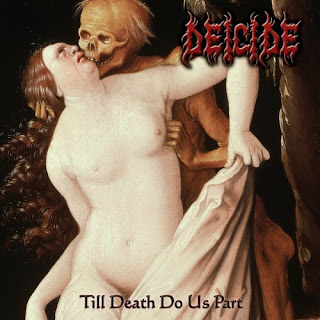 Sorry Glen, but Pungent Stench did it better 17 years ago. And your new album sucks. You put out a killer comback album before this that no one saw coming. You should have quit while you were ahead, but you got cocky and you thought you could it again. You were wrong. 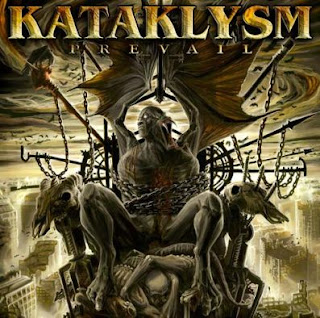 I don't even know where to begin with this one. Everything is wrong and horrible and I'm getting physically angry just looking at this piece of shit. Who even listens to this band anymore? I guess if you're really that stupid, then you deserve this. 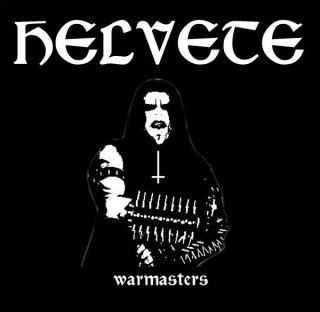 Is it too much to ask for even a little effort from black metal bands? A 6 year old could have made this cover in art class with a pair of scissors, some construction paper, and a glue stick. Warmasters? I sure as fuck wouldn't want this chode fighting on my side if I had to go to war. 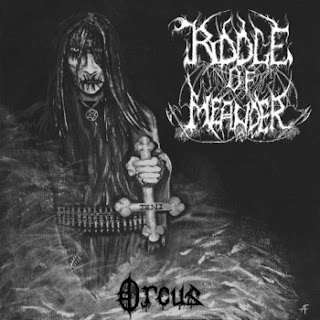 Hahahahaha... okay, at least this one is kind of funny. Of course it still sucks, but at least I'm not filled with rage when I look at it. 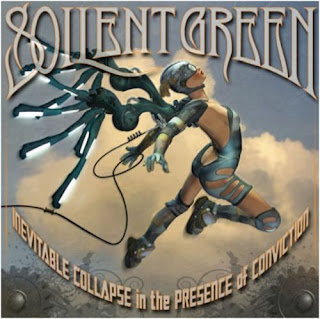 A woman in a futuristic spandex suit gliding through the air with some weird shit coming out of her back. I like Alex P. Keaton's hoverboard better. I haven't listened to Soilet Green since I was in high school, but if this cover is any indication my guess is they sound like teen bop now. 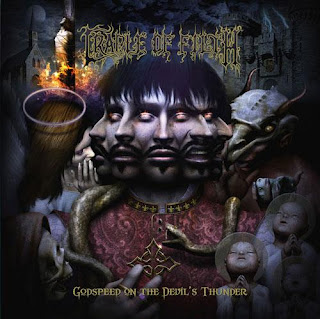 Never ones to shy away from shocking imagery, Cradle of Filth have always embraced controversy. They're bound to stir up quite a controversy with this piece of shit cover. Nothing like computer generated blasphemous religious imagery. Keep on pushing the boundaries of good taste, guys. 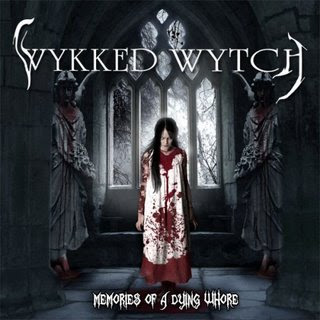 I don't know anything about this band. I don't remember how I came across this album cover, but I thought I should include it in my list because when you name your band Wykked Wytch it's like you're inviting the entire world to make fun of you mercilessly. 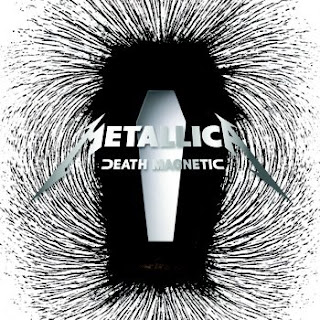 We've already covered this one in detail, but no list of the worst album covers of 2008 would be complete without it. A coffin surrounded by fingerprints? I don't even care to guess anymore. At least they got Pushead to do the art for that piece of shit St. Anger. 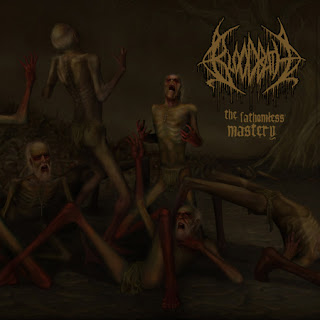 Uhhhh... okay. Why not just go to the library and look up "concentration camps" in the Encyclopedia Britannica then photocopy whatever pictures they have and use that instead of having someone waste their time, money, and effort to pain this piece of shit. 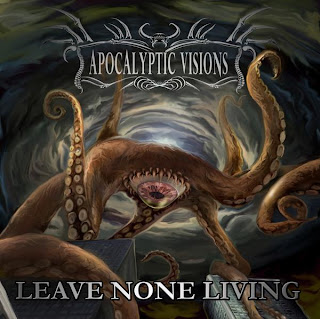 This is another one I thought I should include because it's just so fucking dumb that I can't help but laugh when I look at it. My guess is that they were going for some real menacing underwater creature, but instead they got Jimmy the friendly octopus. Look at his little mouth in the middle, it looks like he's cracking a smile. 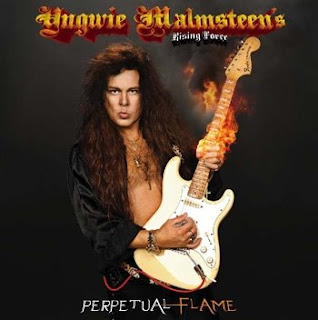 I'm kind of torn about this one because it could easily be the worst/best album cover of 2008. To be on the safe though I'm going to go ahead and include it on this list. I know Yngwie shreds hard, but to insinuate that he shreds SO hard that he makes his guitar neck catch fire is a bit hard to believe. Much respect for showing off the hairy chest and gold chain, but when did Yngwie start looking like Steven Segal? Dude even wears kimonos now. 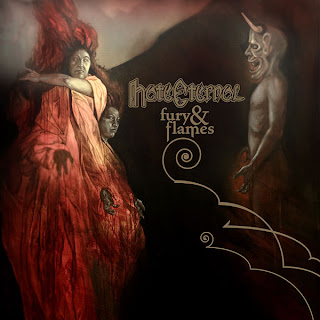 This is one of those covers that makes me want to reach into my computer screen and punch it square in the fucking face. I hate everything about it, just like the Ugly Kid Joe.

Posted by Gene Hoglan's Balls at 6:00 AM