More Metal Photography From Around The Interweb 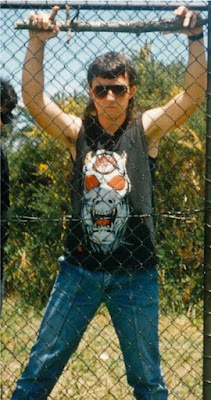 If you ever thought you looked cool while wearing your Slayer shirt, think again. This is exactly what you looked like to everyone around you, a semi-pubescent rapist with creased jeans. 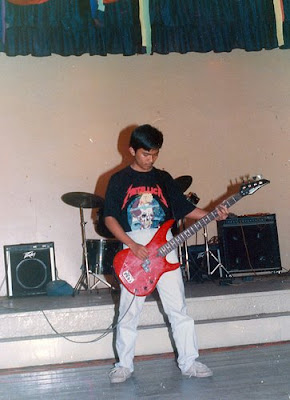 Here's a little fashion tip...stop pulling your fucking pants up once they reach your armpits. Why? Because you want to have kids someday. Also, show some respect to Pushead, he didn't work on the shading of the scale for hours so that you'd cover it up with your white jeans. Damn. 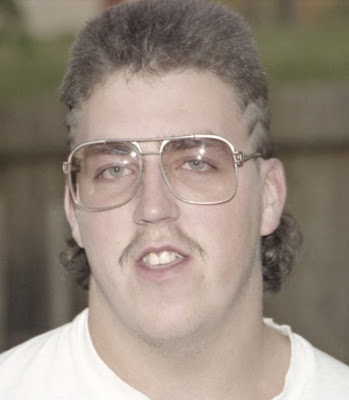 Was this picture taken in Ohio circa 1989, or Williamsburgh circa 2006?
We'll never know.

Can he open cans with those teeth?
Easily. He can also chew through leather belts and ceramic tile.

Which Overkill album is his favorite?
"I choose to celebrate their entire catalog"

Why is he wearing those safety glasses?
Because once his friend Chester comes over, the shit is going to hit the fan. Literally. Chester is planning on taking a shit on a fan to see what happens. Man, white dudes have all the fun.

Do his victims remember the feeling of his dirtstache on their face for years?
Absolutely. 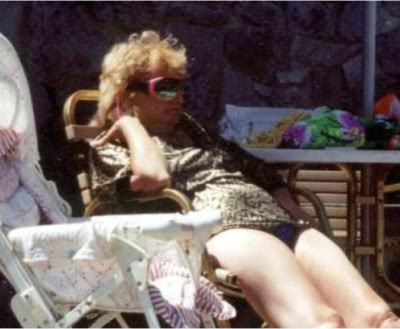 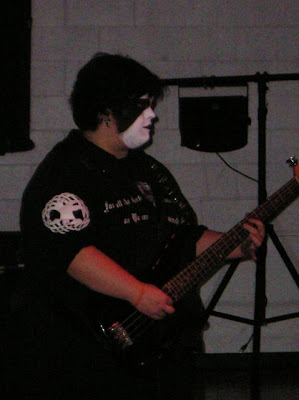 Look, I'm not trying to say that you can't be fat AND play in a black metal band. Wait, I lied. That's exactly what I'm trying to say.

PS: Wearing a LIVESTRONG bracelet on stage is not exactly kvlt. 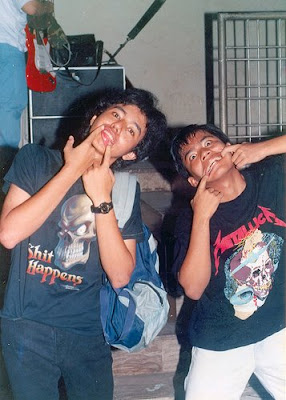 I know what you're thinking "Ha, ha...those third world metal fans sure are funny! Look at them making funny faces for the camera." Well, don't laugh. They're not making funny faces for the camera at all. The economic downturn has hit developing economies very hard. What they're doing is showing potential clients the equipment with which they'll be sucking ten thousand cocks in order to buy a BC Rich Ironbird, and a Marshal practice amp. 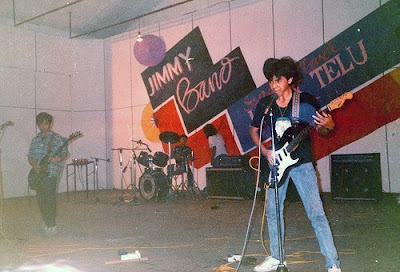 As a drummer, I'm very sensitive about the way that fellow drummers are treated in bands. Seeing this picture depressed me to no end. This image is proof that no matter what country we live in, we will forever be second-class citizens. Are drummers really so terrible to be around that you literally have to put us in another fucking continent while we play along to the horrible fucking song you wrote? You agree to play a guy's power ballad, and this is the thanks you get? 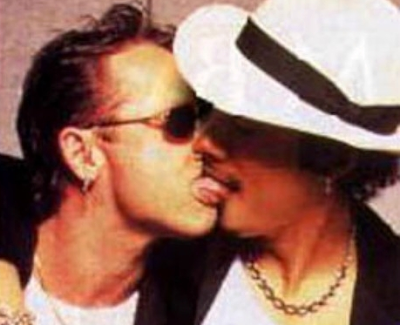 Do you remember that one guy in your math class back in the day who said Metallica were "super gay", and that the reason they were gay was because they made a video for One? Well....he was at least partially right. 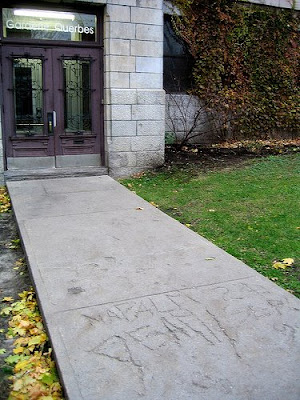 My reaction to seeing this picture serves as further proof that I'm getting old. When I was 13, I would have found this to be both awesome and hilarious. Today, I happen to know how much it costs to have concrete poured...and seeing this picture is making my blood boil. Fucking kids. 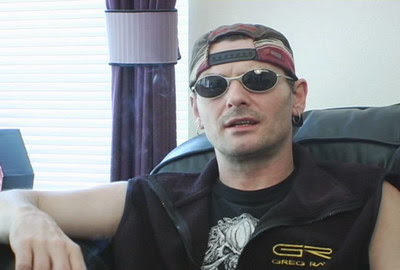 Who knew that King Diamond would be the type to lounge around the house while rocking a free promotional fleece vest, knock-off Oakleys and a Nascar hat. You know you're pushing the douchebag envelope when even Lars Ulrich dry heaves upon seeing you. 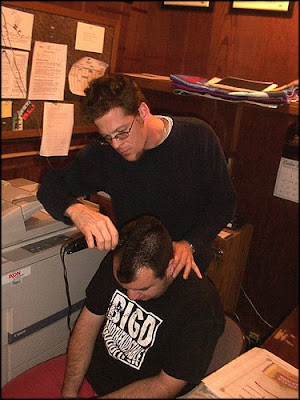 Is Jason Newsted so broke that he's cutting hair to make ends meet? No. What he's is doing is collecting hair from stranger in order to give himself Trujillo-like braids. Why? Because late at night, after crying for hours about no longer being in Metallica, he pretends he's on stage playing Whiplash while crabwalking through his living room. 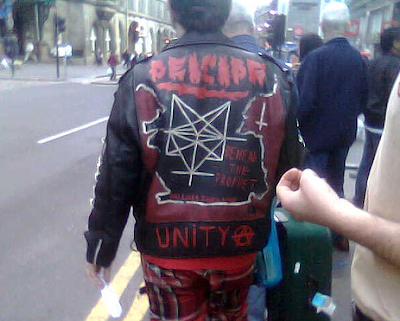 I seriously wrote about twenty different captions to this picture, and none of them did it justice. It's so amazing, that any caption would ruin it. It would be like ordering a $120 entree at a fancy restaurant, and then coating it in ranch dressing and ketchup. You just don't do it. Still, a thought came to mind...

I'd like to think that humans are slightly more advanced than animals, and as such don't eat or normally kill our young. Still, you kinda' have to wonder how this kid's parents stopped themselves from killing him in his sleep at some point. Little did they know that the result of a single night of carnal pleasure would mean a lifelong sentence of having to hear about how amazing both Operation Ivy AND Deicide are.