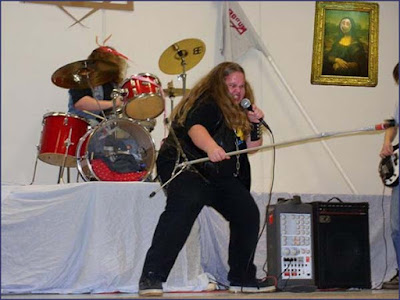 I know we're all supposed to be respectful of each other's cultures...but seriously, how can we have any respect for Europeans when they throw this our way? Who gave Jabba The Hut a mic stand and a leather vest? Whoever you are, please ask for both things back. The fat tub of goo (of an unidentified gender) looks like he's about to blow a major artery in or around his face. If he/she does, we'll all be covered with the cholesterol filled goo that no doubt runs through his/her veins. 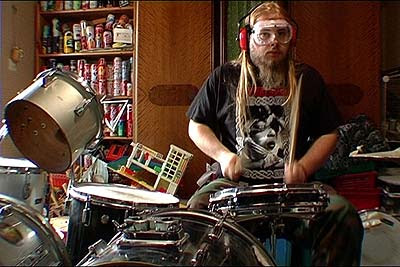 Well...I guess that's one way to protect yourself from the onslaught of complete and utter shit that you're about to produce on that budget-ass drum set. 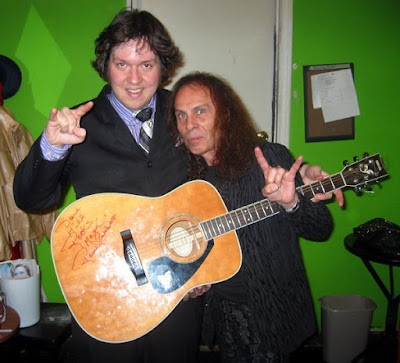 Most kids simply get cash for their Bar Mitzvah, this little fucker's parents got him an entire afternoon with heavy metal dwarf Ronnie James Dio. What a better way to make a 13 year old feel like he's indeed a man in his community, than making him spend an afternoon with a 60 year old who is three feet shorter than him, and wears crushed velvet pants from the Victoria's Secret catalog? 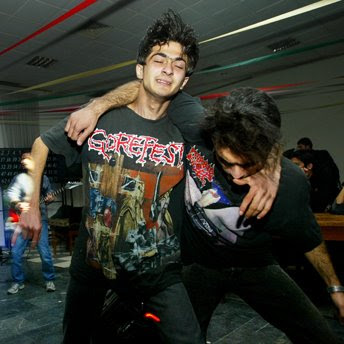 Some scientists have claimed that time travel is impossible. I beg to differ. Not only does it exist, it only costs about $800. Simply buy a ticket to any South American country, and you'll see what I mean. 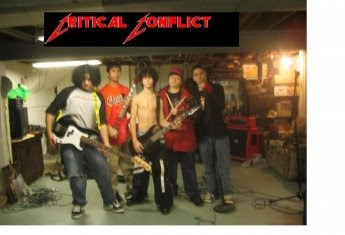 I guess all losers have to find something to do in order to fill the small gaps of time that exist between being rejected by all members of the opposite sex, and being beaten mercilessly by everyone in their school (including the kid with CP who drools on himself). By the way, put a shirt on. Yes, I'm talking to you bird-chest. 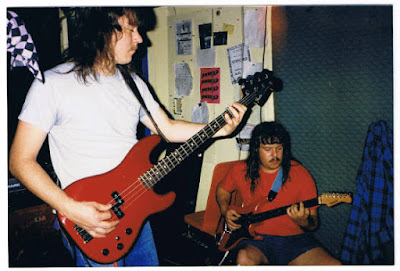 Like any other metal kid growing up, I always had a dream of suddenly finding out that I had a long-lost uncle who no one talked to in my family, one who never came around and lived his life of pure metal somewhere distant and awful...like New Jersey. In my dream, my uncle looked exactly like the guy sitting down in this picture, a bad ass rocker with a sweet mustache who's not afraid of wearing his boxers as outerwear. Sadly, my dream never came true. Now, all I have is this picture. 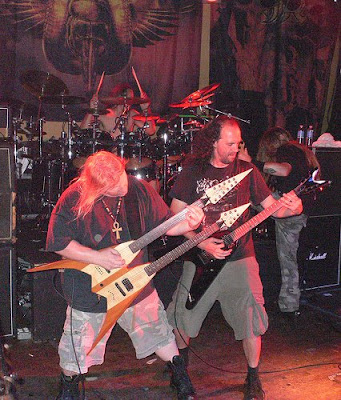 Look, I know that Nile were kinda' good at one point and all, but if you look at this picture and forget who they are...don't they look like the biggest group of loads you've ever seen? Combat boots with shorts? Are you kidding me? Who are you, goth kids at Six Flags circa 1993? Can't you get some normal guitars? That fat tub looks like he's playing on two wooden rowboat paddles. 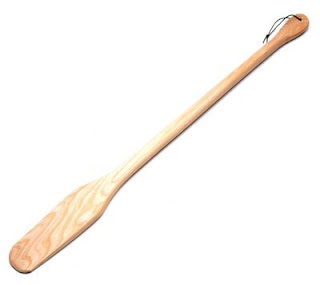 Lastly, I know the band has an Egyptian theme (a theme, think about that, much like an 8th grade dance), but that godamned necklace makes tubby look like Professor X from X-Clan. 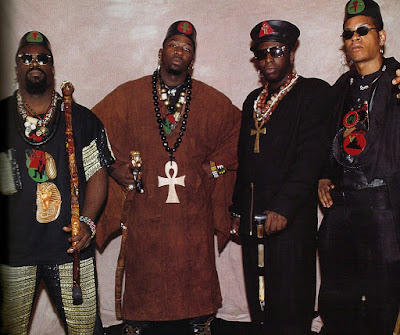 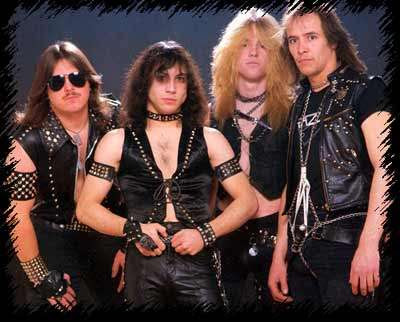 Studies have shown that one person out of every ten is gay. This means that all our families have at least one gay member in them. If that's true, don't you think a certain family member in each one of these guys' families would have let them in on the fact that they are basically dressed as gay sex slaves? 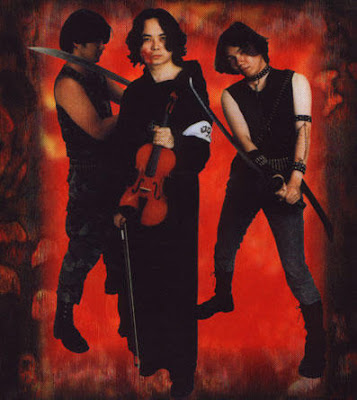 Okay, so some of you know what band this is. Good for you. Put that aside, and consider the fact that this picture contains a robe, a violin, and two swords. Metal bands are basically doing what most of us did in our basements for fun on Friday nights during the 7th grade, and getting paid for it (however little). As such, I want to make fun of them...but I'm also insanely jealous.
Posted by Klaus at 5:28 AM