Today, we present you with yet another look at the world of black metal, one of our favorite punching bags within the world of metal. 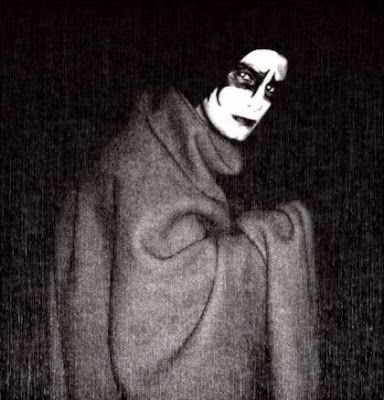 How do evil black metallers stay warm while watching TV on a chilly winter's day? With a cozy Slanket™ of course! 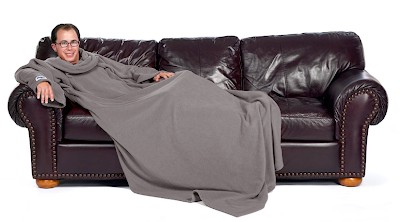 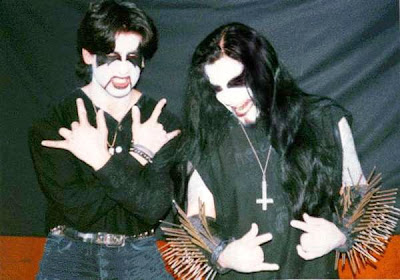 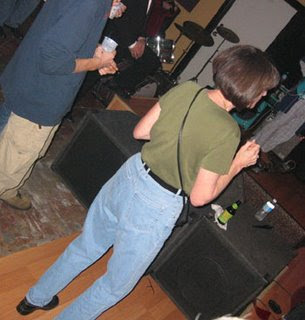 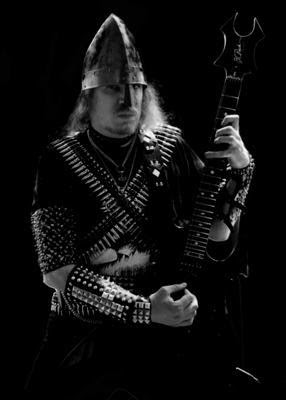 1.
His mixture of a phallic helmet (that is clearly from the middle ages), with bullets (that are from the 20th century) makes his little costume highly inaccurate. I would feel like a dick for pointing that out to him though. I mean, when you were a kid, and you were pretending to be Evel Knievel while riding your cheapo BMX bike in your parent's driveway, your mom didn't ruin the fun by pointing out you were a douchebag, that you were 9 years old, and that doing a bunny hop didn't exactly count as a "stunt". So, if the dude wants to be a black metal "warrior" and dress up in cute costumes, I say we let him.

2.
This guy's hair is insanely dry and frizzy. He's looks like the Crypt Keeper with a magic penis helmet on his head.

3.
Can any guitar players who are reading this perhaps confirm if that's even a chord he's playing? Is his hat so magical that he's coming up with an entirely new musical scale? Why does he have two fingers on the A string, and on the same fret? 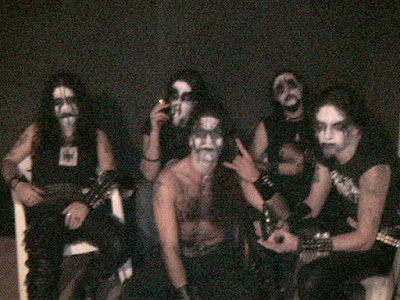 One sad thing about being in a black metal band in Florida is that after playing a sweet show in front of ten high school-age kids, you end up outside the venue sitting on one of those outdoor plastic chairs from Wal-Mart, rather than the throne made of skulls you always imagined. 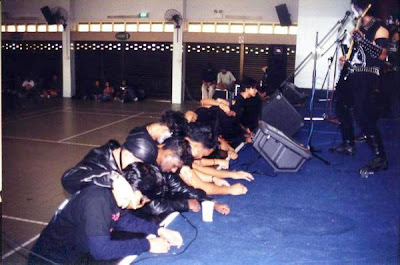 Playing the songs in front of eight people in a gym that could hold two thousand kinda' makes you feel like a douche for putting on the make up and all. So does the fact that a gym class was still going on during the epic performance of "Gates Ov Hell" 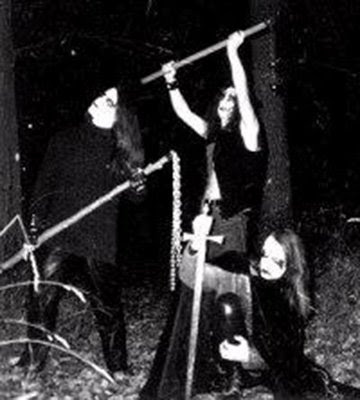 Are these guys building a house in the woods or something? It looks like a Habitat For Humanity photo shoot. 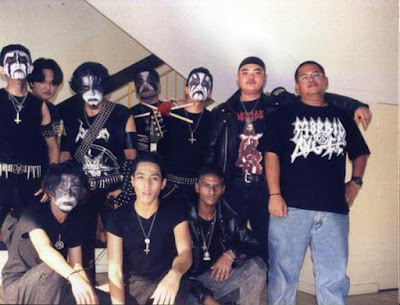 Is this a picture of a weird, third division soccer team in the Philippines I've never heard of? Douchebag FC?
Posted by Klaus at 1:36 AM