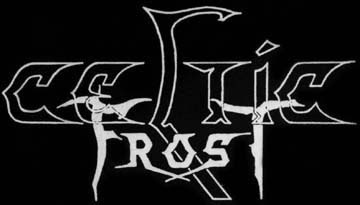 Yes, it is true! As I write this my eyes are tearing up. Sure it's just 'cuz my office is really dusty, but I'm still sad (sorta...actually, not really) that Tom and Martin have called it quits. Again. Seriously, this band breaks up and gets back together every 3-5 years. I understand that the only choice these Swiss rockers have to re-forming the band is going back to day jobs as bank clerks in the main branch of UBS in Zurich, but c'mon! Have they done anything worth a Swiss Franc since 1987? Strike that, I forgot that "Into the Pandemonium" was as heavy as dirty gramma panties. 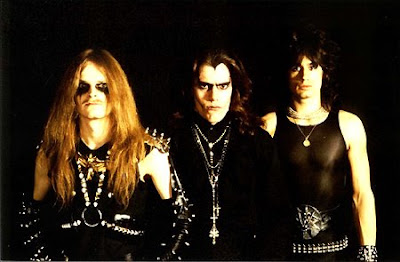 By the time "Pandemonium" came out they were already starting to look like glam fags. Still, there something about this shot I really like... The jury is still out on this one.

In their official statement they said "...that any continuation of CELTIC FROST without either one of us would be irreconcilable with our original ideas and detrimental to the group's legacy." Wait a second... wait a second. I'm sure you know where I'm gonna go here... "detrimental to the group's legacy"? Are you fucking kidding me? What would you call "Cold Lake"? Or the photo below? Fuck me! THAT was detrimental! 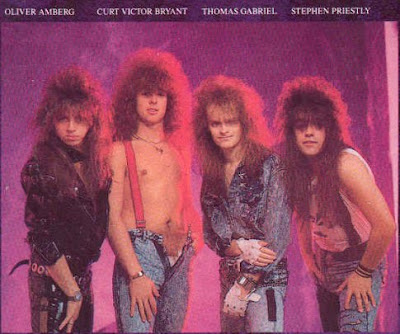 Jesus, Joseph and Mary! I don't mean to be blasphemous here, but c'mon! Unbuttoned pants with suspenders and no shirt? Fingerless white gloves? Frosted denim? What's missing here? Oh, yeah, denim shorts! The ONLY redeeming wardrobe piece in this shot is what appears to be a calculator watch on Tom G. Warrior's wrist. I point that out 'cuz I'm wearing one as I type. No joke.


In the statement, they also refer to CF as a "truly unique band". But are they really? I happen to know a lot of bands that put out two or three good records and then decided to start sucking asshole. Then, after 15 years of being mocked by their old fans, they decide to "come back", just for said fans to mock them even more in blogs such as this one. Sorry, guys, you're not that "unique."
I'm sorry if you disagree, but this video is WAY more of a joke than St. Anger could ever be.

Listen here: I know how influential CF were. Shit, I have Morbid Tales in my CD player in my car right now, but let's not forget that these clowns are partly responsible for the disease we call black metal. 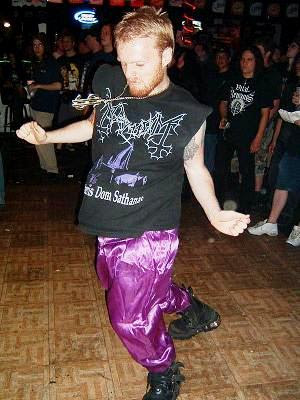 Thanks for nothing you Swiss fuckers!

If we're gonna dedicate post after post to making fun of Danzig and Metallica, I think we should do at least one post to celebrate yet another passing of the band with the highest awesome-to-shitpile ratio in the history of metal. So, here is to Tom G. Warrior and 17 other guys who were in CF at one point or another. May you have a happy retirement and see you again when the money runs out in 2-5 years! 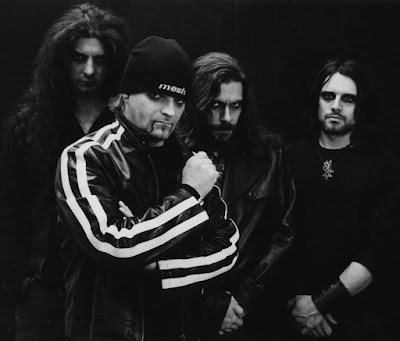 Hey Tom, do I detect a mild case of Robb Flynn's Disease? 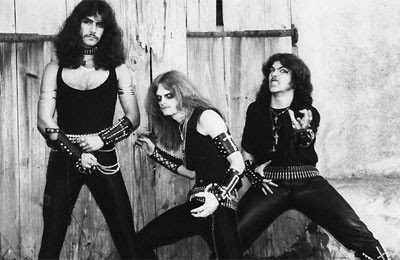 "After the battle is over
And the sands drunken the blood
All what there remains
Is the bitterness of delusion"
Exactly! You said it best...
Posted by SkullKrusher at 11:46 PM