Where are they now: Mike Browning edition 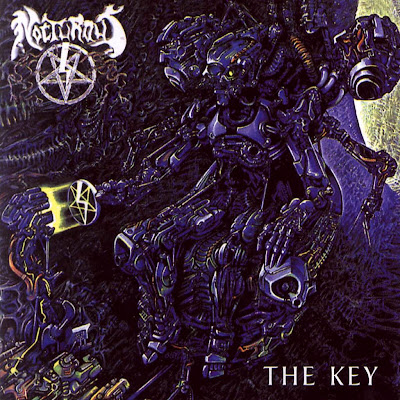 If you're anything like me, Nocturnus is still probably your favorite drummer-fronted, Florida death metal to feature keyboards, and deal with the subject of time travel extensively. Because I continue to hold this band in such high regard, it was only logical that a thorough investigation be launched by the M.I. investigative staff regarding the whereabouts of the band's leader and frontman, Mike Browning. Below are the results of our investigation:

Mike continues to live in Tampa, Florida, where he earns between 30-45 thousand dollars a year, according to his MySpace profile. He owns the home he lives in, which he bought for only $45,000 in 1995. He lives behind a pawn shop (location, location, location!), where he apparently manages to score additions to his collection of Egyptian artifacts. 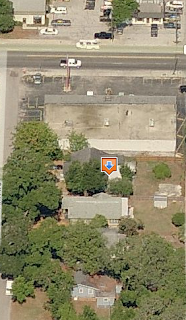 Mike's house is the one with a dark roof, directly behind the pawn shop.

These days, Mike has diverse interests ranging from dressing up as an Egyptian pharaoh, to playing the bongos while being dressed up as a pharaoh. Oh, and he's also into Kabbalah. First Madonna, then Aston Kutcher and now Mike Browning? Damn. Anyway, here are some images to quench the unbelievable thirst that comes with not having seen your musical hero for many years. Enjoy. 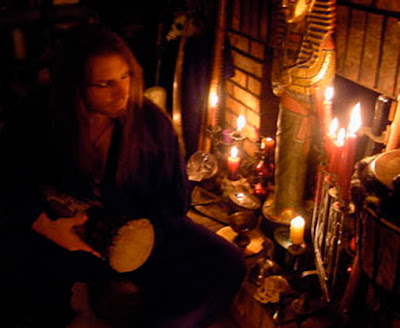 Here we see Mike playing the bongos while contemplating his musical career. Check out all the cool candle holders he's scored at the pawn shop over the years. Poor Mike, he sang about a "Lake Of Fire", but all he can afford now are a few candles from Ikea. 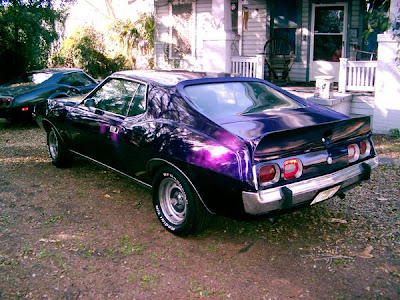 In this picture we see his two cars, and it also teaches us that if you're metal, you don't need a driveway...just park in the dirt. Check out the wicker chair and the wind chimes in the porch. 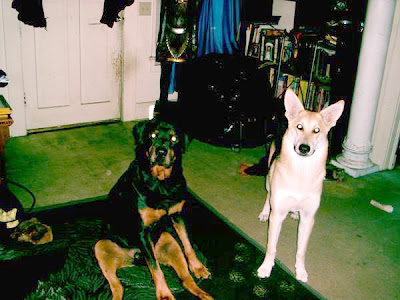 These are Mike's dogs, a rottweiler and a half-wolf/half-german shepherd. I should point out that owning a half-wolf is illegal in Florida unless you have a at least 2 1/2 acres of land and are granted a special, Class II Wildlife Permit by the Florida Game and Freshwater Fish Commission, but I'm sure Mike has all his paperwork in order. Why does Mike have these two menacing dogs? so that the droids wont enter his house while he's away. Get it? It's a joke!

Anyway, the inside of the house is exactly what you'd expect: stained carpets, and one of those awful area rugs with a wolf on it, the kind that is sold out of a van on the side of the road. (See the image below). Note the scratches on the door from the dogs trying to get out, due to Mike going on and on about how he was in Morbid Angel once. Can you blame the poor dogs? 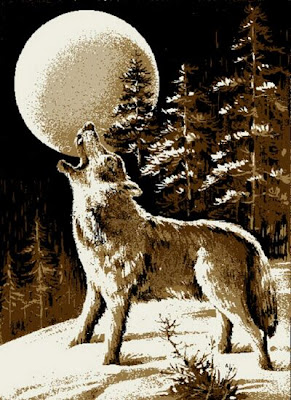 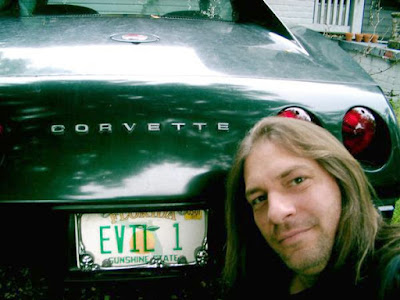 Nothing says "evil" like pure American muscle. I'm with you there Mike. Sweet skull licence plate holder by the way. 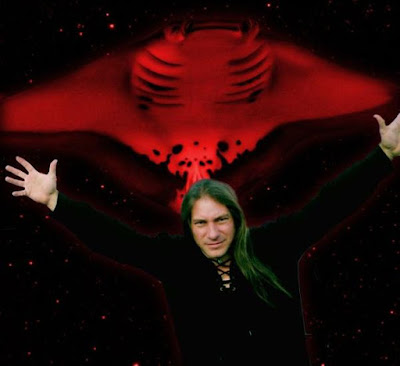 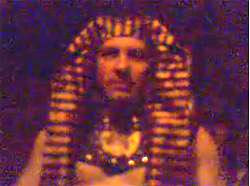 Mike appears to be a huge fan of Steve Martin's early work. 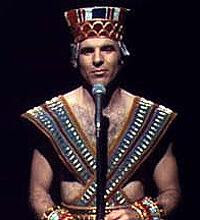 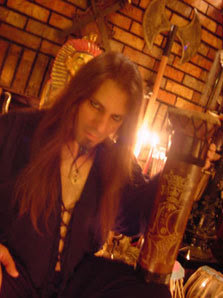 What is it about Egypt that so captures the imagination of metal musicians? Fist there was Nile, and now we find out that Mike Browning has been parading around his house in Cleopatra make-up while wearing pirate-style shirts. Did he travel back in time with the Nocturnus time machine and end up in Egyptian times? Did the guys from Nile go with him? Why didn't they all stay there? I guess we'll never know.

PS: Before anyone points it out, I realize that my use of the "Things I would destroy if I had access to the Nocturnus time machine" label is contradictory to say the least. If Mike Browning and Nocturnus weren't around, neither would the very time machine I speak of. The use of this label puts the very space/time continium into question. So, while problematic, this notion is nevertheless highly descriptive of the feelings commonly held regarding both the band and their musical/lyrical output.
Posted by Klaus at 1:26 AM