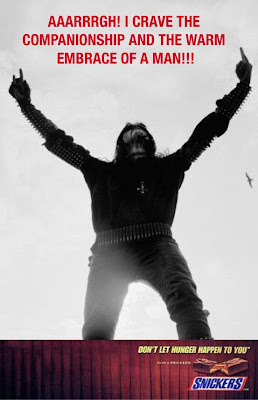 You read the headline right. The Skeletor-faced Gorgoroth singer has come out of the closet, and boy has he done so in style! Not content with merely coming out of the closet by letting people know his sexual orientation, he has basically done so while wearing one of Liberacce's capes, singing showtunes and practicing dance routines from A Chorus Line. Not since this (not work safe) picture of Profanatica have the worlds of black metal and homosexuality blended so effortlessly. How black metal fans around the world will react to the news remains to be seen, and will be interesting to see, since black metalers have not exactly been the most open bunch to such things. Didn't a dude in some band go to jail for attacking a gay man in the 90s? (Sadly, yes. It was this douche.)


So, here are the details. It has been reported that Gaahl and his man, modeling agent Dan DeVero, are working on a fashion line that will debut in 2009. So, not only is Gaahl gay, he's also a fashion designer, and he appears to be into twinks who wear fur. 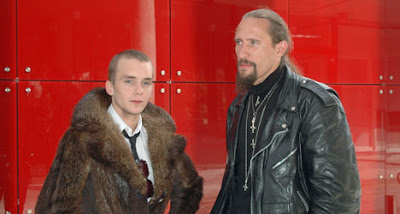 All of this is being reported by Blabbermouth, though the Gorgoroth sites (there's two bands with the same name right now remember?) make no mention of it. Could it be? It certainly makes for good conversation. Anyway, the fashion line that the two will launch is called Wynjo, which according to Gaahl is

an ancient Norse word meaning happiness, or to be more precise, the search for happiness. Perfection. I have always been preoccupied with aesthetics and what is beautiful.

Ancient Norse? Way to butch up the fact that you're designing women's clothing. Nice. In response to the news, Dani Filth commented:

I don't care if he sleeps with men. But the fact is, it's not just a man — it's a fashion designer, and they're making women's summer dresses together. I mean, it just could not get funnier, could it? Here's this guy [Gaahl] who lives on a mountain — he's the most evil guy in the world, right?

The news certainly explains Gaahl's anger (have you see that VBS documentary?), I mean, can you imagine being a closeted gay man in, living rural Norway, singing for a black metal band? You'd be angry too! Good for him for coming out, maybe he'll be a happier guy, and maybe he'll go to jail for torturing people a bit less now. As I see it, this bit of news certainly puts the 2002 case where Gaahl went to jail for torturing a man into perspective, especially when you take into account that part of the torture included the man's testicles (according to information revealed in the VBS documentary.)

When news about Rob Halford being gay came out some years back, everyone began to see song names like Hell Bent For Leather and album titles like Ram It Down very differently, as well as Rob's entire style of dress. So, was Gaahl sending out similar signs that all of us should have noticed? Let's take a closer look. 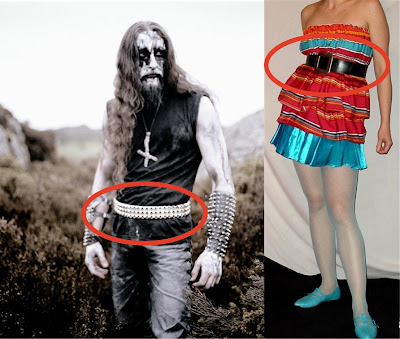 Wearing a fancy belt over a nice top? An unusual, but tasteful choice. TLC's What Not To Wear folks would certainly approve. 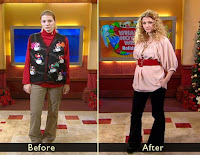 This image has been on the Gorgoroth site for some time now. He must like it rough. 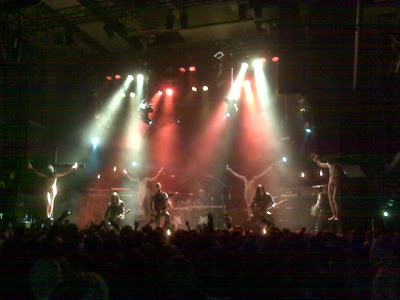 Having lots of naked dudes on stage should have been a giveaway to all of us, but notice how he tried to make it hetero by having some girls crucified as well. Inconclusive, but we should have known.

Perhaps the most powerful signs that Gaahl was sending out came via his song titles. I leave you with these Gorgoroth song titles so you can think about them for a bit. See you Monday.

and the best, and now most amazing Gorgoroth song title ever?

Blood Stains the Circle.
Posted by Klaus at 11:14 AM