Slayer, too old to rock? Apparently so. 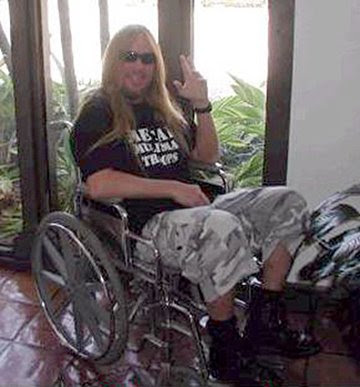 Could it be true? Could the aging metal choo-choo train known as Slayer be coming to it's well deserved and (some might say) long-awaited stop? Based on their age and ability to produce quality music, it would certainly make sense. Tom Araya seems to agree, at least about the age part. Still, one has to wonder if perhaps Tom's catholic guilt has finally gotten to him, after singing "The Anti-Christ" one too many times. Here's part of an interview with Tom, where he discusses the eventual end of the cash cow known as Slayer:

"I don't see it going any further than a certain point in time. We have one more record to do, which is our deal with [producer Rick] Rubin, and we'll have to sit down and discuss the future. But I can't really see myself doing this at a later age."

"There have been remarks made about seeing an old man head-bang," laughs Araya. "And I have to agree. I think the Stones can do that, probably go out and do their stuff in their 80s, but it just wouldn't look right [for us], you know what I mean?

Kerry King responded to such comments in a recent interview:

Interviewer:
Tom said that after the next Slayer album, you guys would have to discuss your future as a band, because he's reaching an age where it might no longer be viable.

King:
I haven't even heard that. He hasn't talked to me about it. But after taking 10 months off, I bet you he's recharged and ready to rock. As far as I'm concerned, I look at people like Ronnie James Dio and Rob Halford and I think, 'Shit, maybe I'm not done!'" 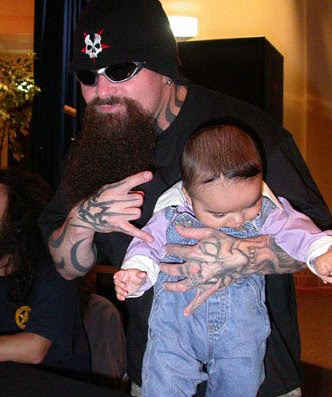 Unable to make car payments, Kerry King has been forced to take the occasional baby sitting job as of late. Aside from providing Kerry with some extra pocket change, it has sent a clear sign to his wife that he's finally ready to settle down, stop acting like a douche, and make some babies. He'll probably keep wearing huge camo pants, but at least it's a start.

I understand both points of view. Tom wants to spend time at home with his family, going to church picnics and tending to his mane. Kerry wants to make more money so he can keep eating, and at one point finally launch his wrestling career. 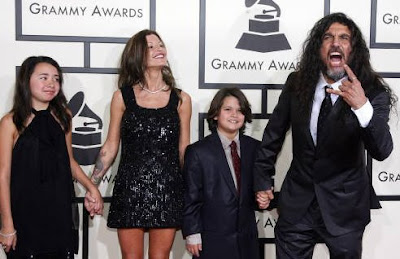 No matter how awesome rednecks in Kansas think Tom is, his daughter still cries in embarrassment when forced to be seen with her aging dad.
Posted by Klaus at 1:46 AM