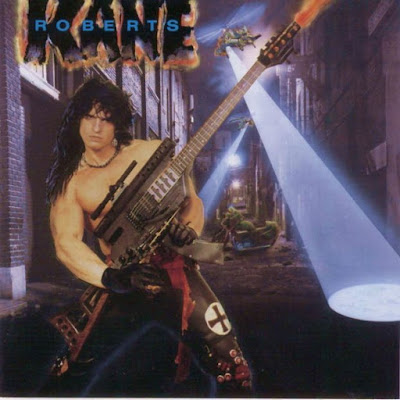 Are you shitting me? I could (and maybe should) do a whole post on this cover. Did you notice the 'KANE' letters are on fire? They are on fire, man! And the helicopter is obviously looking for him 'cuz everyone knows it's illegal to attach bottle caps to your leather pants.

Well, Kane Roberts is the infamous Alice Cooper axe-man better known as "The douche with the machine-gun guitar who tries to look like Rambo." What most may not know is that Kane (real name Robert William) is a multi-talented Renaissance Man. This fucker is also an artist AND a video game designer! I hate "video game designers." There's something about that title that enrages me. I'm not sure what it is... maybe the fact that 80% of the people who claim to be "video game designers" are just fat losers waiting to die from a diabetic seizure induced by an over consumption of Jolt Cola, who think they are better than everyone in their on-line community 'cuz they can write 3 lines of code in their 'puter in their parents basement and read an on-line tutorial on texture mapping. (I know that was a run-on sentence, but it's OK 'cuz it's a pretty bad-ass diatribe). OK, back to Kane: His "art" is illustrated below. It's SO FUCKING TERRIBLE, I don't know where to start, so I'll make no comment and let the images "speak for themselves." Try not to choke on your saliva when LOLing. 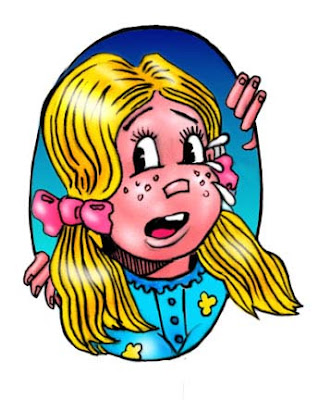 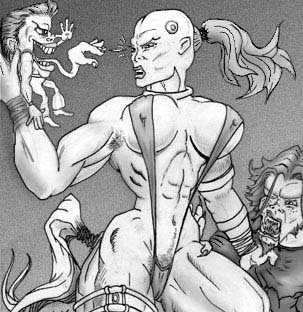 Here's a few other images I came across during the research phase of the post: 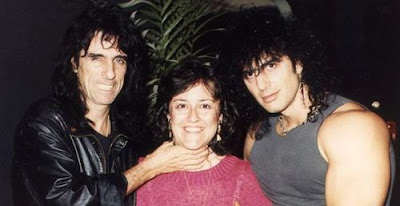 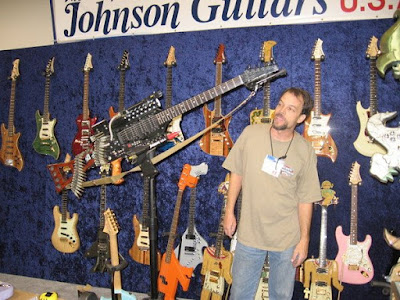 The lamest/awesomest guitar store in the world. Is that a guitar in the shape of a priest in the back? 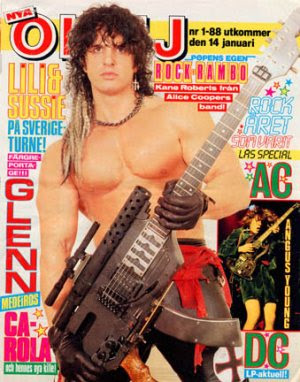 Teens in Sweden LOVE a buff dude with feather earrings and Sigourney Weaver doo. Seriously, do you know how much fresh poon I got in Uppsala last time I was there
Posted by SkullKrusher at 9:48 AM