So, we all know what tools Twisted Sister were/are, correct? In case you forgot, peep the video of their version of "Leader of the Pack".

The Shangri-Las probably never saw this video and thank God! There's only one thing sadder than Dee Snyder wearing a white leather jacket with fringe and that is a bunch of 80's glam "dudes" chanting "Yeah, we see", "Down, down" and "New, new."

I know they didn't exactly take the song or the video seriously, but these guys were retarded clowns, period. Dude, they wear sunglasses at night. I've hit dudes for doing that in bars in Brooklyn!

I know, of course, there will be the usual poser fags who will claim that TS was awesome and influential and God knows what other stupid shit, BUT let me remind you: This is Metal Inquisition, not Lame-Ass-Poser Inquisition. If you want to talk about TS and their make-up and shitty riffs or any other glam band, you should go here. 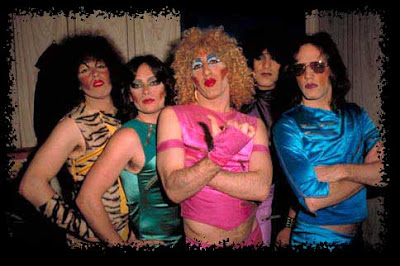 You're gonna tell me that these assfucks look like metal dudes? If you think this is metal, you need to pop in the 'Reign in Blood' cassette in your walkman, set it to auto-reverse and crank the fucker to 11.
A few more things that made me chuckle when watching this piece of garbage:

- Mr. Spock poster in the girls room.
- Cameo by Bobcat Goldthwait.
- One of the dudes is really short and looks hilarious standing next to the others.

The one thing i do find cool is the matching denim vests. I'm gonna buy some for the MI staff and we'll be as cool as these gents. 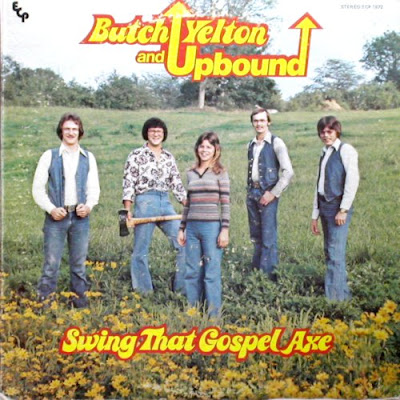 Posted by SkullKrusher at 10:43 PM